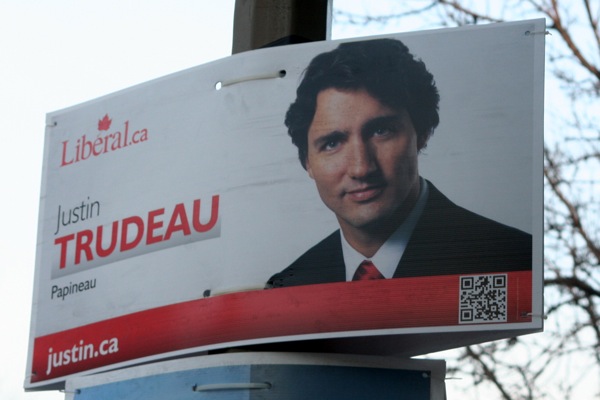 A poster for Justin Trudeau with erroneous QR code

The campaign organizers of Liberal Party candidate Justin Trudeau are scrambling to cover up parts of posters of him that have been put up all over his riding of Papineau, in the Villeray area.

The signs – like others in the party – have what’s called a QR code, a two-dimensional barcode that’s readable by devices like smartphones. Point the device’s camera at the code, run the program, and it spits out a website address or other information.

Unfortunately for Trudeau, whoever generated the QR code for his campaign poster made a typo. Instead of typing in “liberal.ca” – the website for the Liberal Party of Canada – he or she typed in “luberal.ca”, the site of an organization devoted to “encouraging the liberal use of lube” in sexual encounters.

Staffers, who were made aware of the problem on Thursday after someone complained, have been dispatched across the riding (fortunately for them, it is the smallest geographically in Canada) with stickers of the correct code on them.

In the meantime, the party acted quickly in getting the “luberal.ca” website offline and removing almost all traces of it from the Internet. According to the website’s owner, who said she “never asked for any of this attention” and didn’t want to be named, they’re in discussions about having the Liberal Party buy the domain name.