The Canadian Radio-television and Telecommunications Commission on Friday approved an application by 7954689 Canada Inc., better known as Tietolman-Tétrault-Pancholy Media, to create an English-language talk radio station at 600AM.

The station, which would have 100% local programming under a news-talk format, would be the first direct competitor to market leader CJAD since 940 News, which changed formats in 2008 and eventually shut down in 2010. (The commission notes that CKGM, which is all-sports under the TSN Radio 690 brand, and CBME-FM, which has CBC Radio One programming, are not direct competitors because the first has a different format and the second is non-commercial.)

Approval was expected, because in its decision last year rejecting the application, the commission made clear that it was doing so only because it did not have an available frequency to give to the group. It invited TTP to re-apply for another frequency, and said it would reconsider the application. TTP did that, stepping down from an earlier bluff that it needed clear channels for both stations or wouldn’t proceed with either.

The new application received little opposition, only one comment that the market could not handle a competitor to CJAD (see below). The commission dismissed the comment, which came with no evidence to back it up, noting that CJAD itself did not oppose the application.

The new station will operate as a sister station to one the commission approved last year for a French news-talk station at 940AM. That station has until November 2013 to launch unless it gets an extension. Paul Tietolman tells me he expects both stations to launch in the spring at around the same time.

It was also revealed recently that the group has applied for a French-language sports-talk radio station for 850AM, the former frequency for CKVL, a station owned by Tietolman’s father. That application has not yet been published by the CRTC.

You can read my Gazette story on the decision here. 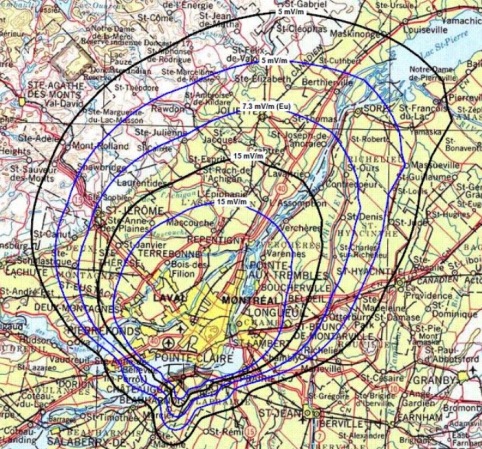 Other stuff we know now

I spoke with Paul Tietolman shortly after the decision was published, and asked him for some updates on how the planning is going. Here’s what he’s told me:

I asked CJAD for comment about the prospect of new competition. Chris Bury, the brand director, offered this:

“Competition is a good thing and we welcome it. It’s another reason to push ourselves constantly to provide the highest quality programming for our listeners. “

“We’re very confident in the content we offer on CJAD 800. We’ve been a trusted source for the community for more than 65 years now and expect that to continue.”

We’ll see when the station launches whether there are noticeable differences at Montreal’s News-Talk Leader, and whether new competition forces the station to work harder to keep its audience.

No plans for English sports radio

In light of its application for a French sports radio station, and the CRTC’s decision on Bell and Astral that effectively keeps CKGM as an English all-sports station, I asked Tietolman about whether his group wants to launch a station to compete with it. Tietolman said that if Bell wanted to sell the station they would be interested in buying it, taking advantage of the same synergies they will have in news-talk and applying it to English and French sports talk stations. But otherwise, he said, they won’t try to go head-to-head with TSN Radio 690 for the tiny but loyal sports talk market. He said he respected the work being done at that station and by on-air talent like Mitch Melnick and Randy Tieman.

“If we can’t offer something new, different, and better, we shouldn’t be in this business,” Tietolman said.

The TTP application had few interventions and was considered as a non-appearing item at the September CRTC hearing in Montreal. The only comment opposed to the station was from a man named Jacques Blais of Sherbrooke. This is what he wrote: 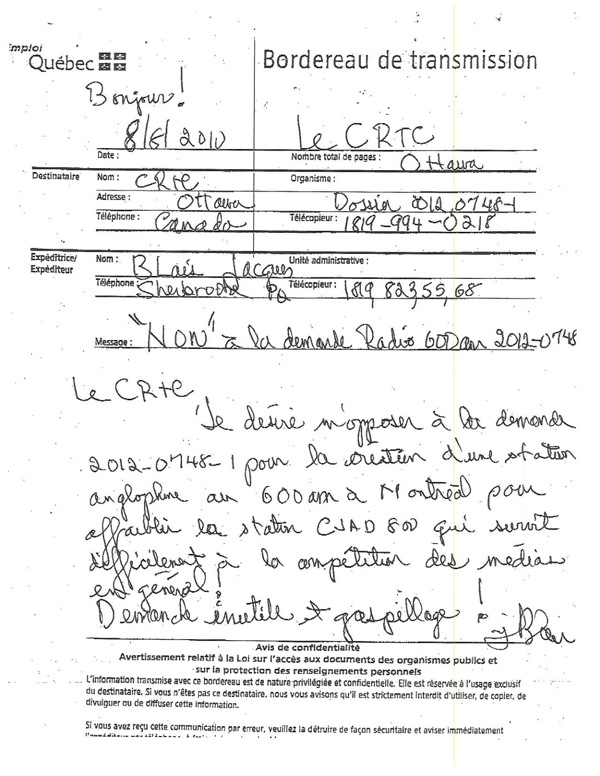