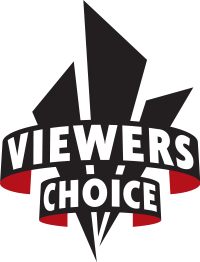 There’s been no press release, and I haven’t gotten the company to confirm it, but Bell Media has been advising cable companies that Viewers Choice Canada pay-per-view is shutting down on Sept. 30. (UPDATE July 16: Bell finally confirmed it in an email to Canadian Press. It says there will be a single layoff, and it will work with other providers to find an alternative PPV service.)

As I explain in this story for Cartt.ca (subscription required), Bell became the majority owner of Viewers Choice when it acquired Astral Media last year. But Bell doesn’t use Viewers Choice for its own TV subscribers, instead preferring its own in-house service Vu! There has been speculation that something would happen to Viewers Choice, and those seemed partially confirmed in February when it turned in its now unused satellite distribution licence.

Dating back to 1991, Viewers Choice was once the exclusive PPV provider for eastern Canada. It’s no longer exclusive nor regional, but its history means it’s still the PPV service carried on many systems in eastern Canada, including the big ones — Videotron, Cogeco, Rogers, Eastlink and Bell Aliant.

Rogers has its own alternative

Rogers has been a minority partner in Viewers Choice since the beginning, so presumably it’s on board with the shutdown. In fact, it might be the reason for it. The notices started coming on the same day the CRTC renewed the licence for Rogers Sportsnet PPV. Before the renewal, its licence didn’t allow it to air scripted programming like movies. But the renewal, which comes a few months after the CRTC revised its policy for pay-per-view regulations to remove restrictions on competition, gave it standard conditions of licence, which allow it to air whatever it wants.

In other words, Rogers Sportsnet PPV can just be renamed and replace Viewers Choice. With both Bell and Rogers having other options, there isn’t much of a reason for Viewers Choice to continue. (The other partner in the service is ESPN, indirectly through its interest in TSN owner CTV Specialty.)

Other providers looking at options

For other providers, it will mean having to find another option for pay-per-view (they’re required by regulations to provide at least one PPV service in each language). They could strike a deal with Rogers to carry their service, or Bell to carry theirs. Or they could go it alone if they have their own service or can get a licence for one by September.

Videotron owns its own French-language pay-per-view service, Canal Indigo. but it would need a licence amendment before it could offer programming in English. That is apparently being considered, although it’s still too early to say definitively that this is the way Videotron is going to go.

I contacted Bell, Rogers, Videotron, Cogeco and others to ask what their plans are. The only company to get back to me was Source Cable of Hamilton, which confirmed it had received notice and said it was looking at its options.

I’ll update this if I hear back from anyone.

PPV is declining, but still healthy

Competition from video-on-demand has lessened the importance of pay-per-view television in terms of paid movie distribution, but PPV is still used for broadcasting live events like boxing, UFC and WWE fights. Canal Indigo is used to broadcast French Just for Laughs galas the day after they’re performed.

CRTC data shows Viewers Choice had a 13% profit margin in 2012-13, though its revenue is dropping at a rate of $1 million or 7% a year, consistent with the PPV industry as a whole.

Viewers Choice’s shutdown is perhaps an inevitable consequence of vertical integration and the desire for the big media companies to take control of things themselves (particularly those things that make money). But Viewers Choice has a nostalgic feeling to it, at least to teenage boys in eastern Canada who remember it as the place to find scrambled-video pornography.