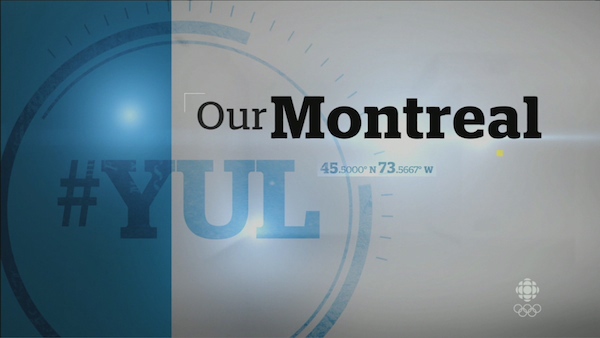 In the spring of 2013, when the Canadian Radio-television and Telecommunications Commission approved a new licence for the CBC that set a minimum amount of non-news local programming for major markets, I was hopeful. Finally, the CBC would give us local programming that wasn’t tied to a newscast, filling a hole that has been here for years.

But when I asked the CBC what this new programming would entail, I was told they didn’t know yet. Which seemed odd to me, since it was the CBC that proposed this hour a week of programming. Surely they had something in mind.

Finally, on Oct. 12, 2013, a year ago this week, Our Montreal debuted on CBC Television. Hosted by Sonali Karnick, who is also host of CBC Radio’s All in a Weekend, Our Montreal was vaguely described, and I didn’t really know what to expect even after talking with its host and other people at CBC. Nor really why its first airing was Saturdays at 6am.

And then I watched it. And I was disappointed.

Not only is this weekly show a lazy repackaging of content previously aired on CBC, most of it is so obviously either not local or not non-news that I think a compelling argument could be made to the CRTC that the public broadcaster is violating a condition of its license in all its major markets. 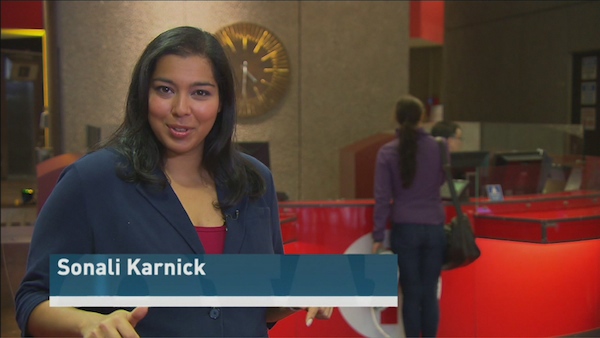 Each episode starts off with Karnick basically introducing news packages prepared by journalists for daily newscasts during that week. She does her best to put them in a week-in-review context, but these packages are not re-edited for this program. They run as they were filed, even with the “CBC News” logo in the corner. At most, Our Montreal might awkwardly tack on an extended interview clip at the end as a bonus feature.

When you’re introducing packages that end with reporters saying “CBC News, Montreal”, it’s hard to argue that what you’re broadcasting isn’t news. And yet the point of this program is that it be non-news.

With the exception of a 10-minute technology panel segment, each show is filled with recycled content that is either from the local newscasts or produced nationally for all the “our” shows on CBC TV. To give you an idea, here’s what was included in the second episode of Our Montreal, that aired on Oct. 19, 2013:

In the months since, not much has changed. There’s still very little original content, and mostly other stuff being repackaged to make it seem as if it is. 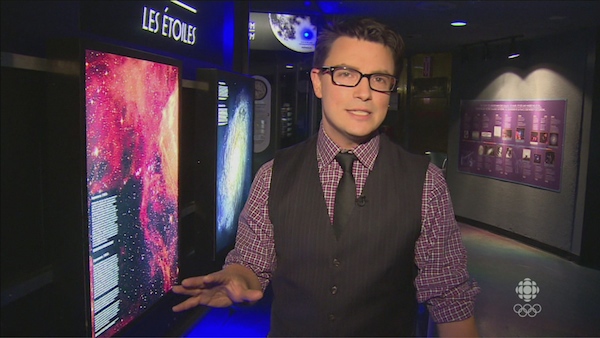 Eli Glasner with a national movie review segment. If it had been a made-in-Quebec one, it might have paid attention to the Quebec film industry.

It’s not that the content is bad. Eli Glasner (film), Tom Power (music) and others do a fine job with their weekly columns. But they’re not local, which is supposed to be the point of the show.

And if it wasn’t for the licence, I wouldn’t have a problem with a week-in-review show. Global has a best-of-the-morning-news show on Saturday mornings, which is fine because it’s useful in its own right instead of being used to cheat a regulatory quota. 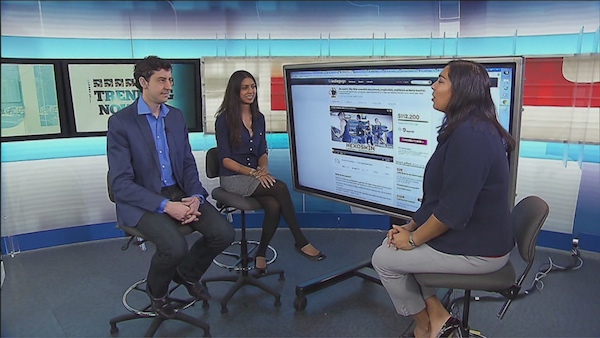 The one exception, the one part of the show that does seem to fit its mandate, is the weekly tech panel, during which the host and two regular contributors chat for 10 minutes straight in front of a giant touch screen. The conversation happens in the CBC Montreal news studio, and often it’s about technology-related news, but I’ll let that slip and say it still fits the criteria.

The segment is a bit long, and the strange focus of late on crowdfunding projects puts me off a bit, because it feels like CBC is looking for companies to offer free advertising to. But it’s also something we don’t see much on other local shows, which are either news-focused or morning shows that take a breezy superficial look at the issues.

I’m not ignorant of the fact that CBC Montreal is functioning in a period of austerity and is running this show on a shoestring budget. Even its host isn’t full-time, sharing herself with the radio side.

Shelagh Kinch, managing director for CBC English services in Quebec, defended Our Montreal when I spoke to her about it this spring, saying it was “valuable” and “of general interest to people” and that national stories can be localized.

“We try as much as we can with the resources we have to put as much local content out as we can,” she said. “We do the best with what we’ve got.”

And indeed, they do. The failures of this show can’t be blamed on Karnick, producer Luise Massari or anyone at CBC Montreal. The proof is that I looked at Our Vancouver, and it has the same problems. The CBC thought it could produce something that looked good to the CRTC on paper but not require any additional human resources. The result is something that makes me ask: Why bother?

Again, it was the CBC that suggested this one-hour-a-week quota on non-news local programming. If it wasn’t prepared to deliver this, why did it propose it in the first place?

If CBC doesn’t have the budget to produce local programming that isn’t news, fine. Just say so. But to repackage other stuff and pretend it’s that seems more an insult to our intelligence than anything else, and takes away from whatever value it might have provided. 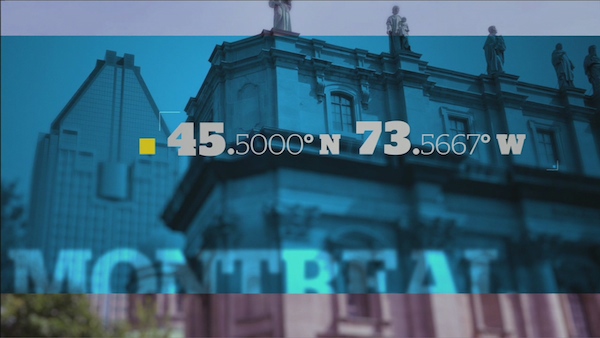 Our Montreal latitude and longitude graphic

Oh, and by the way, these coordinates lead to the parking lot outside Central Station. Is that where the treasure is buried? If you wanted to round off for simplicity, why use four decimal places?

Our Montreal airs Saturdays at noon, and Sundays and Mondays at 11am on CBC Montreal.

16 thoughts on “Review: Our Montreal is an embarrassing collection of recycled content”