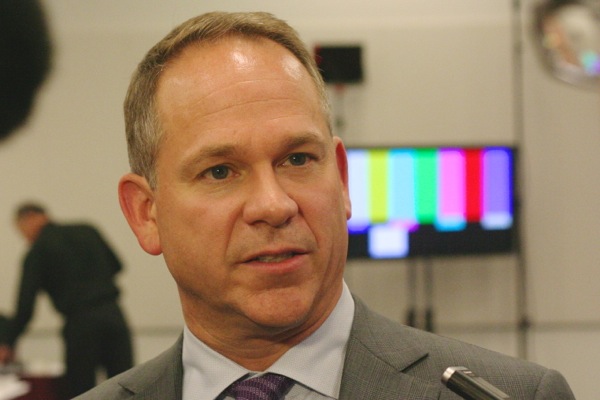 CTV News has a solid reputation for integrity, built from decades of strong journalism and a deeply entrenched culture of professionalism. It’s not perfect, and it’s vulnerable to the same biases that affect all other media, but I have no doubt that if a source tried to use financial or other pressure to affect how a CTV News story was told, that person would justifiably be told to get lost.

So when people start spouting conspiracy theories about CTV News coverage, I’m very skeptical. Yeah, them not reporting on some minor thing involving a competitor could be direct orders from Bell Media’s president, but more likely it’s because some assignment editor didn’t think it was newsworthy.

Now, I’m starting to wonder if I should rethink the assumption that CTV News wouldn’t throw away decades of work building its reputation because of a senior executive’s narrow-minded attempt to intentionally bias a story.

The report, based on sources that would not be named publicly, was damning:

Mr. Crull told Ms. Freeman he was in charge of the network and that Mr. Blais was not to appear on air again that day, according to accounts of the exchange.

After the call, sources say, Ms. Freeman contacted CTV staff to tell them of the directive from Mr. Crull and not to use clips of Mr. Blais, telling some she felt she would be fired if they did not comply. Other CTV employees were concerned for their jobs, according to a source.

Hours later, Blais issued a statement expressing concern about CTV News’s editorial independence. It amounts to little more than a wag of the finger, and does not suggest any consequences if Bell continues to act in this way. It says complaints should be directed to the Canadian Broadcast Standards Council, but doesn’t say the CRTC itself or its chairman will complain.

Finally, after initially downplaying the story through a spokesman, Bell Media issued a statement credited to Crull apologizing for his actions:

I reached out to the CTV News leadership team to let them know I felt the focus on the CRTC itself by CTV and other Canadian news organizations would be better placed on a broad and necessary discussion of the impacts of the CRTC’s decisions on consumers, our team members, and our business.

It was wrong of me to be anything but absolutely clear that editorial control always rests with the news team. I have apologized to the team directly for this mistake. Indeed their strong and straightforward reaction to my intrusion only heightens my appreciation of their independence, integrity and professionalism. It is crucial to note that CTV’s coverage of the CRTC’s decisions was fair, balanced and extensive, and stands up in comparison to coverage of the issue by any Canadian news organization.

In short, I’ve re-learned a valuable lesson from the best news team in the business.

Re-learned indeed. Because this isn’t the first time something like this has happened. In 2013, Crull was accused of trying to meddle in CTV News coverage of a policy issue affecting Bell. There too, Bell’s statement said news decisions rest with the news team and are not directed by Crull. I asked Bell’s spokesperson if there was a failure of communication there, and if the news team should have been better educated that Crull does not direct news coverage. The response I got was a refusal to comment further.

Crull’s apology is a good step, but an entirely empty one. It contains no mention of any measures to prevent this from happening again. It fails to address the accusation that Crull told Freeman “he was in charge of the network” or reassure CTV News and BNN employees that their jobs are not in jeopardy if they cover a story in a way that Crull or BCE don’t like.

Crull credits the “strong and straightforward reaction to my intrusion” even though the reaction was the exact opposite of that. No one called Crull to defiantly say he had no business interfering in news coverage. They followed his order until finally by the time of CTV National News they decided to ignore it. Then they anonymously complained to the Globe and Mail. Nothing about this was straightforward.

That’s not a complaint against CTV News staff. It takes a lot of guts to go against the boss. My point is that if he thinks he has no influence over CTV News, he’s out of his mind. If the Globe’s report is accurate, Wendy Freeman thought she’d be fired. That’s serious, and it requires a much more serious response than “oops my bad but it was no big deal”

Crull also says “CTV’s coverage of the CRTC’s decisions was fair, balanced and extensive” which means either he thinks it doesn’t matter that they censored the commission’s chairman because they eventually stopped censoring him, or he doesn’t think it’s important for a TV story about a major CRTC decision to include comments from the CRTC.

If Crull is serious about respecting the editorial integrity of CTV News and protecting it from himself, some serious measures need to be put in place, because otherwise we have only Crull’s assurance that this won’t happen again after it already happened at least twice (and possibly more — Dwayne Winseck quotes a BNN employee saying it was common for Bell brass to get special treatment in their news coverage).

The Canadian Broadcast Standards Council is not the appropriate body to deal with this. It acts based on complaints, and if anonymous sources hadn’t come forward to the Globe and Mail, no one would have known about this intrusion.

Crull needs to do more than apologize. He needs to launch an independent investigation into the editorial integrity of Bell Media’s news operations when dealing with stories about Bell. He needs to put a stronger wall between himself and CTV News/BNN, which prevent him from contacting news managers about news coverage. And he needs to offer guaranteed assurance that whistleblowers exposing attempts to meddle in CTV News coverage won’t be punished for coming forward.

Meanwhile, other large media companies should similarly put in place measures to protect their newsrooms’ integrity: Quebecor, Shaw Media, Rogers, Cogeco, Transcontinental and others often put their journalists in positions where they have to report on their parent companies. What assurance do we have that they aren’t getting similar orders from their CEOs about how to do it?

Yes, this is an argument about vertical integration. But non-integrated companies are not immune to this kind of interference. Even the smallest community newspapers can have publishers who put the bottom line above journalistic integrity. The difference is that CTV News has the budgetary resources to hire an ombudsperson or other independent person who the public can trust to blow the whistle whenever journalism is threatened by self-interest.

Until these major steps are taken to restore and preserve trust, unfortunately Mr. Crull’s actions have caused CTV News to lose the benefit of the doubt.

UPDATE: CTV National News included a story about Crull. It did not include any interviews with Crull or anyone at CTV News.

And the Globe and Mail’s Tabatha Southey has a more satirical take on the news.

19 thoughts on “Can CTV News and BNN be trusted to report on themselves? Depends on Kevin Crull’s mood”