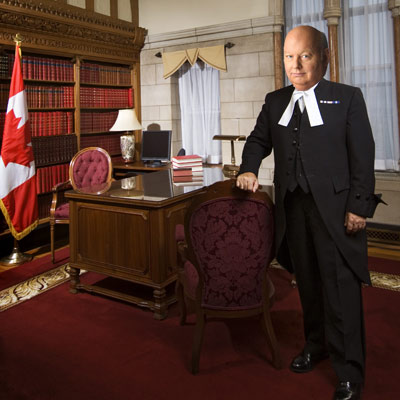 Yeah, his head really is that big

Part of me still can’t quite believe it. Sure, journalists have been appointed to meaningless ceremonial posts by politicians before, but to poach English Canada’s biggest name in political journalism (well, political TV journalism anyway) and just make him a politician (from P.E.I.?) seems strange.

Sure, technically there’s nothing wrong with a journalist becoming a politician. It’s the other way around that’s a problem (except on RDI). But it just feels wrong.

For what it’s worth, the National Post explores the ethical issues in play here. There are questions about how Mike Duffy may have acted toward the Conservatives while mulling this appointment, even if he says he’s not a partisan.

I don’t think Duffy’s journalism was biased, and will probably for the most part stand the test of time. But I still think it was a mistake to accept a senate appointment. Just as it was for Jim Munson or Joan Fraser or any of the other journalists who went to the senate thinking it would raise their profile and whose names have been forgotten by average Canadians.

Then again, this Margaret Wente column alone almost makes the appointment worth it. Not to mention the fact that there’s so little news otherwise this time of year.