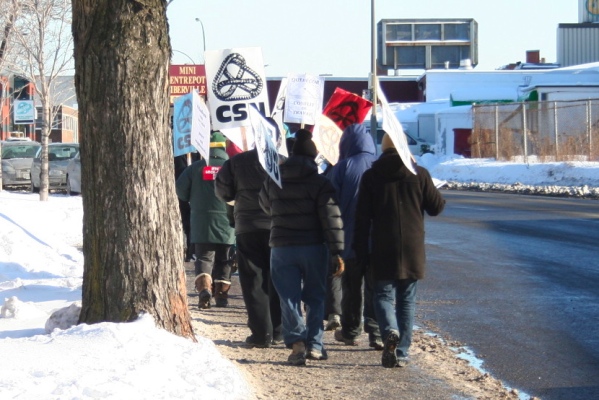 The protest of the day was against René Angélil, whose biography, published by a Quebecor-owned company, has just been launched.

In more interesting (and topical) news, at least a few people were seriously turned off by a Journal headline about the funeral of those kids in Piedmont. Perhaps annoyed by the fact that the public (i.e. news media) was excluded from the small crowded building where the funeral was taking place, the newspaper used the headline: “Cérémonie à guichets fermés“. At least one blogger and one letter-writer found that to be a tacky and inappropriate comparison between a private family funeral and a rock concert.