NDP leader Jack Layton roared into town on Wednesday and stole the show for this week. In a meeting with locked-out Journal de Montréal workers, he lent his support, denounced the use of scabs and said he’s written to the prime minister asking that federal advertising be pulled from the paper until its union conflict is resolved.

Seeing an opportunity to get his name in the media again, Denis Coderre also wanted to make sure we know that the Liberals support the workers. 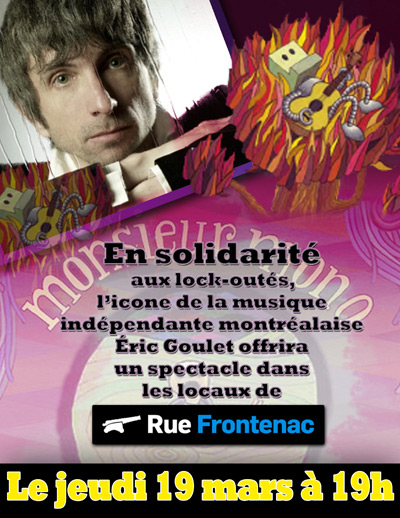 The STIJM makes a case for the support of freelance journalists with the Association des journalistes indépendants du Québec. Though it admits that fighting for freelancers isn’t its primary mission, it says it tried to get some union protection for freelancers at the Journal and has opposed onerous contracts that demand excessive rights waivers.

Meanwhile, in other news

One thought on “Journal Daily Digest: Jack to the rescue”