Let’s expand our horizons a bit and get off the island this week.

The following is a geography quiz question unrelated to Montreal, but not too far from it either. 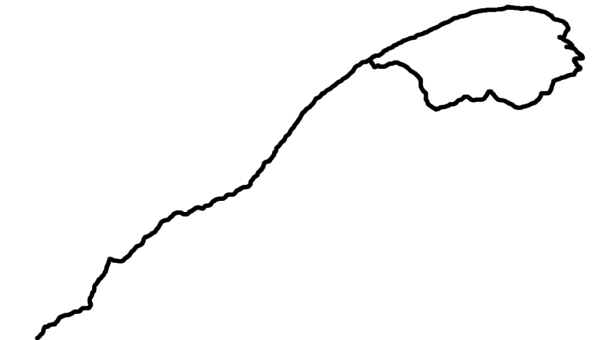 UPDATE: Well, I didn’t fool nobody this week. Everyone clued in, but Mathieu Leduc-Hamel was the first to say the magic number: 132. The entire highway from the U.S. border at Dundee all the way up to Gaspé and then back to form a loop that ends at Sainte-Flavie is 1,577 kilometres long (according to Google Maps), but only 678 kilometres if you don’t do that loop at the end.

Following a straighter line is Highway 138, which is 1,373km including a ferry trip at Tadoussac on the mouth of the Saguenay river. But that doesn’t include a 70km section near the Labrador border at Blanc-Sablon. Since there’s no road from Natashquan to Vieux-Fort, getting there requires doubling back, taking the ferry to Matane, travelling through northern New Brunswick and Nova Scotia, taking another ferry from Sydney to Newfoundland, driving the western Newfoundland coast and taking yet another ferry to Blanc-Sablon, a trip of 2,395km that would take almost two days of continuous driving.