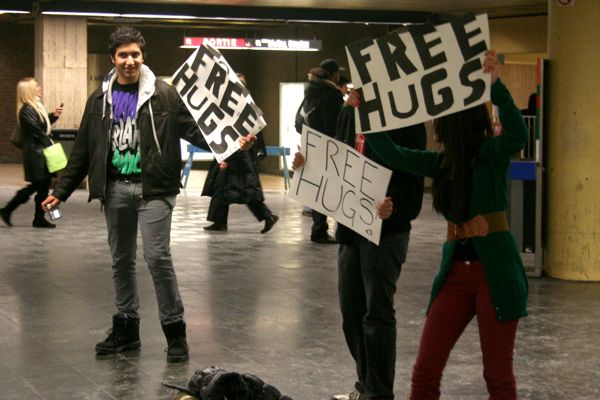 On Wednesday, two days before Christmas (and as I was rushing to get the last of my shopping done before a shift at work), I passed by this trio of happiness-peddlers at the McGill metro station, advertising free hugs for everyone who passed by.

Though their signs were in English only (one can only imagine what the OQLF would have done), the oral pitches were bilingual. In fact, they didn’t even speak English all that well. Or French. But all they needed was “Free hugs! Câlins gratuits!” and some outstretched arms to get their message across. 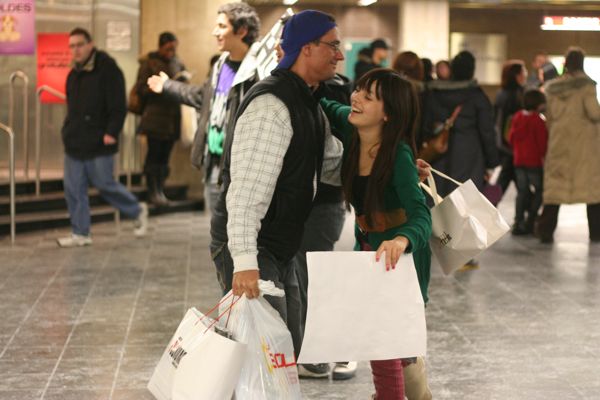 They were standing just outside the turnstiles, in the path of hundreds of people emerging from the Eaton Centre with bags of presents, and others heading in to buy some. 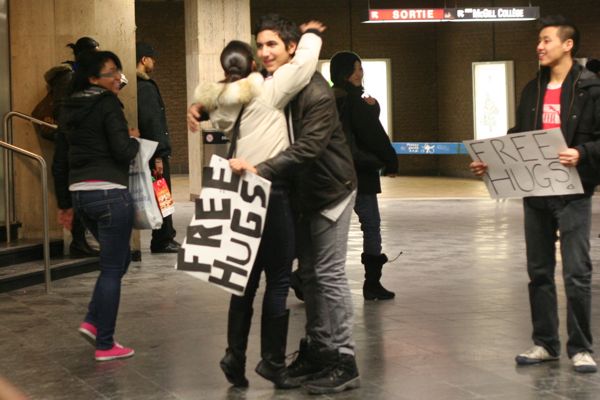 It was about 5:45pm, and they said they’d been there for about four hours. All afternoon, offering free hugs to people passing by. Looking silly, but spreading the love. 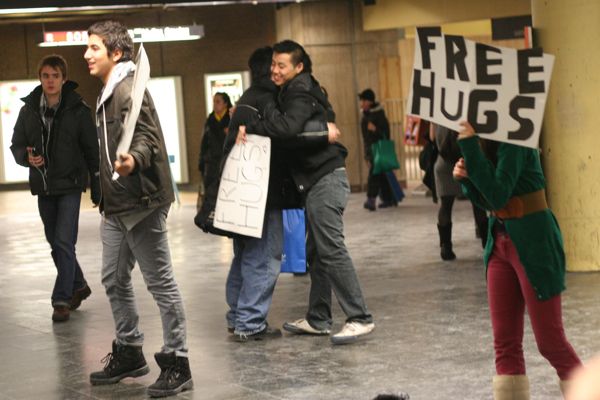 Okay, so the idea isn’t exactly original. In fact, there’s a whole social movement dedicated to this, according to Wikipedia. And while they took a few shots of each other, there wasn’t a cameraman, photographer or other organized witness to their actions. This wasn’t some “flash mob” or a clever marketing campaign. They did this just for fun. “For love,” they said, laughing. 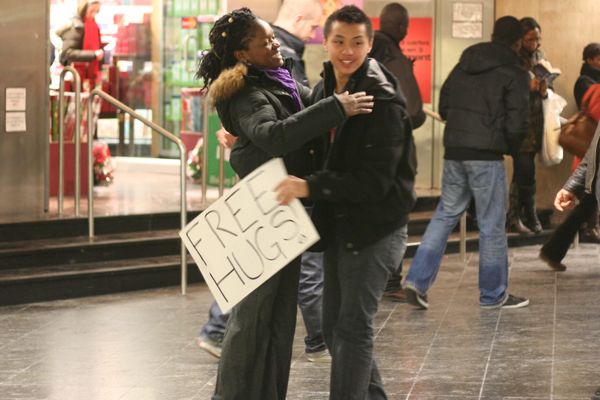 The vast majority of people didn’t partake in the free hugging, perhaps because they didn’t have time, because they don’t like hugging strangers, because they’ve never heard of this movement, or maybe they thought there was some ulterior motive.

But every 30 seconds or so, a person passing by, curiosity getting the better of them, looks at this display with a smile on their face, and decides to just go for it. After all, there’s so little to lose, and so much fun to gain. 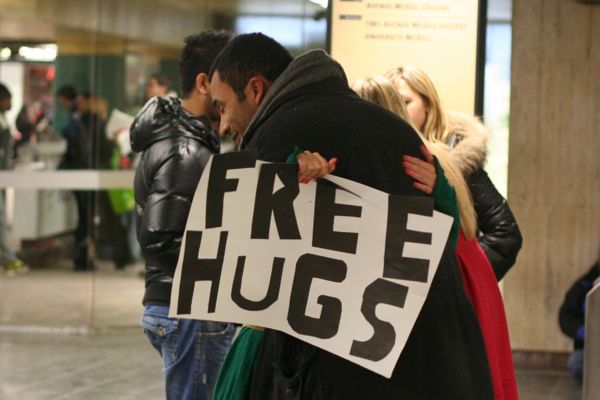 I got three hugs myself, one from each. Why not? They were free.