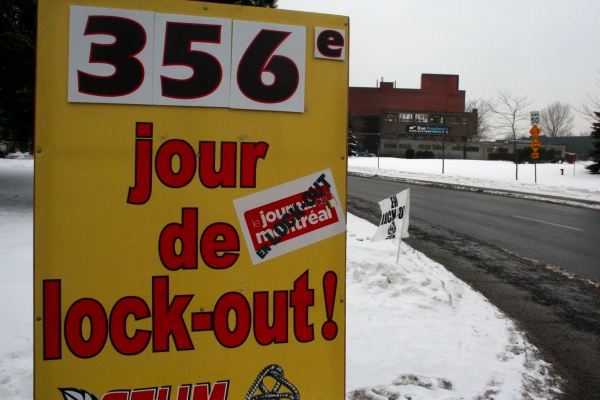 The Syndicat des travailleurs de l’information du Journal de Montréal held a press conference yesterday to advance the upcoming one-year anniversary of their lockout. I was working so I couldn’t make it, but there’s plenty of coverage in The Gazette, Presse Canadienne, Radio-Canada, Le Devoir, Metro (which has video of the press conference), and – to be fair – Quebecor-owned Argent does an acceptable job of getting both sides.

The STIJM also announced that they’re holding a party on Sunday – the one-year anniversary – at La Tulipe. Performers include Richard Desjardins, Tricot Machine, Louise Forestier et El Motor, Loco Locass and Jean-Sébastien Lavoie. Tickets are $20 and available only at the box office (assuming they’re not already sold out).