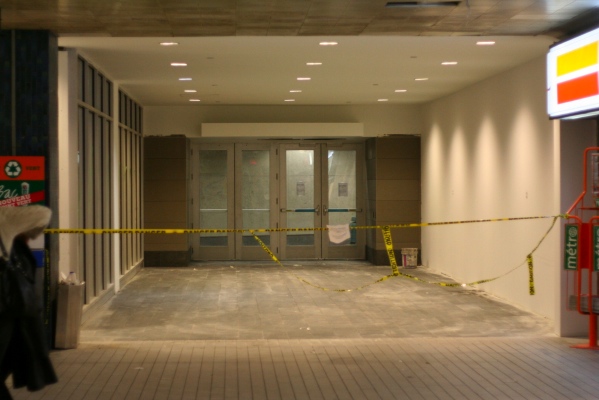 A tunnel connecting the Guy metro station to Concordia University’s Hall Building and library building downtown is finally complete, and the finishing touches are being applied before it’s open to the public.

Great timing. Just when people finally want to venture outside again, we have an excuse not to. 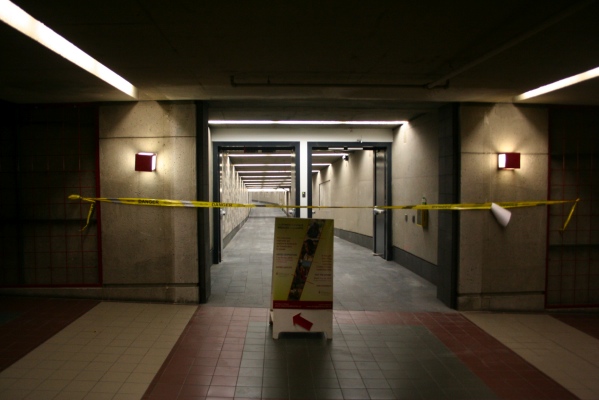 The tunnel, which stretches for about a block and a half (and as you can see above, doesn’t feature much to look at or do), won’t just shelter students from the cold. They’ll also bring students away from downtown traffic, and cut down significantly on the number of jaywalkings across de Maisonneuve Blvd. from students heading from the metro to classes at the Hall Building.

The tunnel also connects the two parts of Concordia’s downtown campus: the old section comprising the Hall Building (built in the 1960s and with a rich history, particularly because the Concordia Student Union is housed there) and the J.W. McConnell Library Building (opened in 1992), and the new section with the GM building (formerly used for business classes and which is slated for renovation), the EV building (engineering, computer science and visual arts, opened in 2005) and the new John Molson School of Business building, which opened last fall. 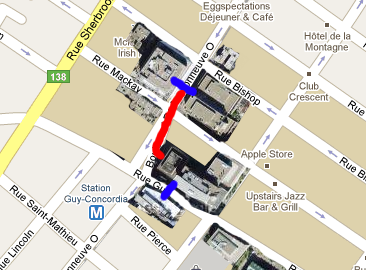 Map of Concordia tunnels: Blue are already in use, red is the new tunnel to Guy metro

While it would still be a stretch to call this an Underground City West, the growth of only the past half decade leaves hope for commercial expansion that might make life in those tunnels more interesting.

UPDATE: The Link has video of a trip through the tunnel, which seems to show a lot of water infiltration:

UPDATE (April 9): The tunnel is open now, and the university says those puddles in the video above are nothing to worry about.

9 thoughts on “Concordia’s new tunnel is about ready”