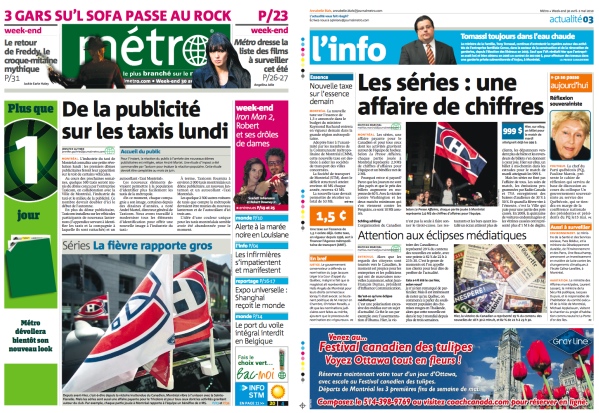 Before: Last Friday's Metro, Pages 1 and 3 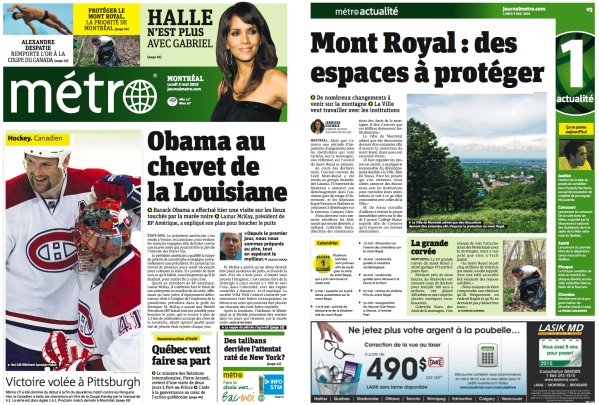 Newspapers tend to make big deals of their redesigns, even if few people outside the newspaper care about them. Metro is no different. They teased this one for a whole week, and on Monday unveiled the new design with a giant centre-spread guide to it, as if people needed instructions all of a sudden: 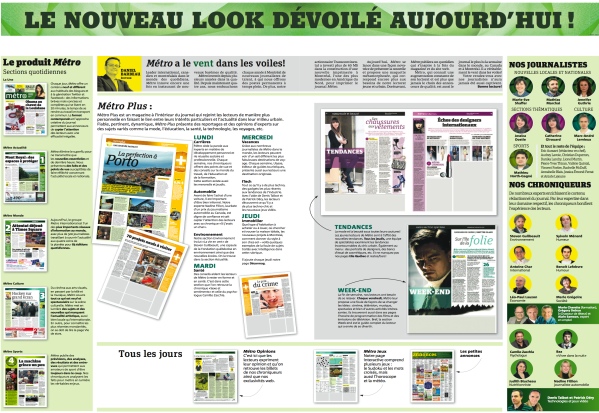 The new look comes with a renewed focus on Metro’s original reporting (something that was virtually non-existent when the paper launched in 2001). Considering the reporting staff could fit into a minivan, that means a lot of repeat faces.

The basic design elements that make Metro what it is aren’t going to change though. It’s still littered with by-the-numbers infoboxes, trying to distill important facts into 20-word factbites. But then, that’s the whole point, right?

A day by any other name

When I first saw the tease at one of those orange stands last Monday, I was intrigued. Not so much because they were coming out with a new design, but that they said it would be in five days. My amazing addition skills put that on a Saturday, when the paper doesn’t publish. Were they going to launch a Saturday edition with the new look?

Sadly, that wasn’t to be. There’s no money in weekend editions of commuter freesheets.

Instead, Metro seems to have simply decided that Saturday and Sunday no longer qualify as “jours”, and that five days after a Monday, one day after Friday, is next Monday.

But maybe I’m just a stickler for these kinds of things. 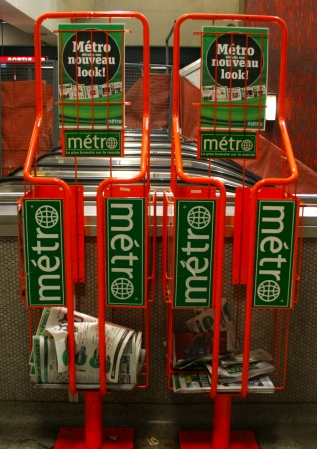 And I couldn’t help noticing this minor detail on the sports page:

Trente has some brief words from Metro’s editor, saying the look is great and will help its journalists and make kittens even cuter and stuff.