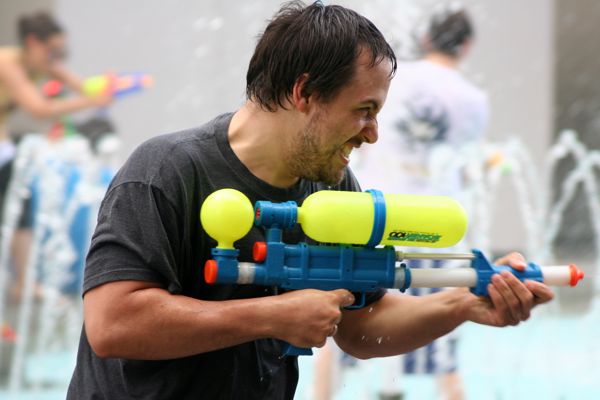 After a successful event last year, the group Les Évenements T’es po game is organizing a second water gun fight around the fountain outside Montreal city hall this Saturday at 2 p.m.

The Facebook page shows more than 200 set to attend, though experience has shown that number to be as much as 10 times the eventual actual turnout. Last year about 100 said they would attend, and about 50 did, so that bodes well for this year.

The weather forecast for Saturday shows sunny, low chance of precipitation and a high of around 30 degrees. Also a good sign.

The event isn’t organized in any official way with the city, and participants are reminded to follow rules of common sense – particularly not to target people who are not participating in the fight. 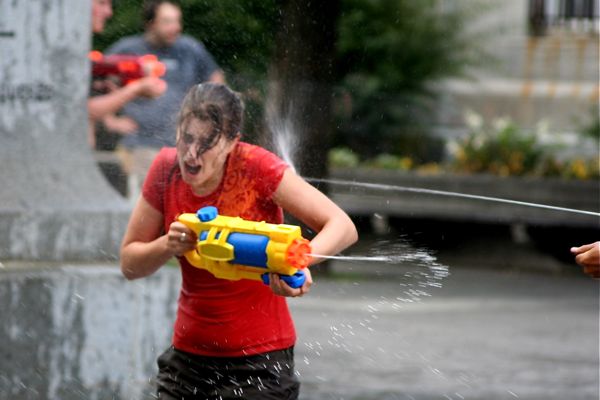