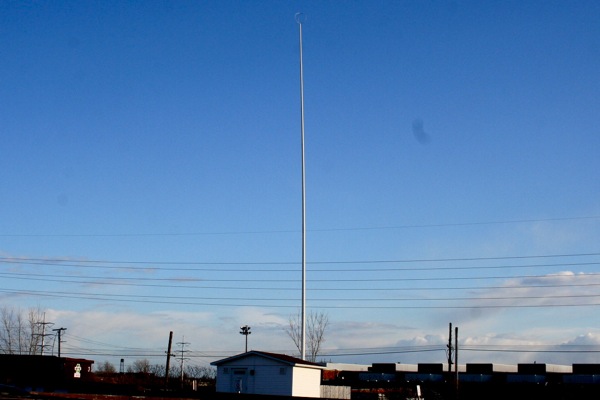 Concordia University’s student-run television and radio stations are always looking up, looking for ways to grow. It’s been more than a decade now that both have gotten their funding directly from students instead of through the Concordia Student Union. They’ve since split their funding sources and have asked students for increases in their per-credit student fees.

CJLO, the radio station, has been transmitting at 1690 kHz since 2008, out of an antenna in Ville St. Pierre, just down the hill from its Loyola studio. It produces a full schedule of programming, most of it music-based but with some talk and information programs as well. But the 1 kilowatt transmitter on AM doesn’t reach out very far, and many students don’t have AM radios.

CUTV, the television station, has never had a broadcasting license. It can be seen on televisions on campus and on its website. Though it does produce a significant amount of programming, it’s nowhere near enough to fill a full schedule without repeating every program dozens of times.

Both stations are looking to increase their reach through new ways of broadcasting, and to do that they each need more money, so both are in the process of asking students for yet another increase in their per-credit fees.

UPDATE (Dec. 3): Both questions passed, The Link reports. Following a rubber-stamp from the university’s board, the fees will be applied to students’ tuition bills. 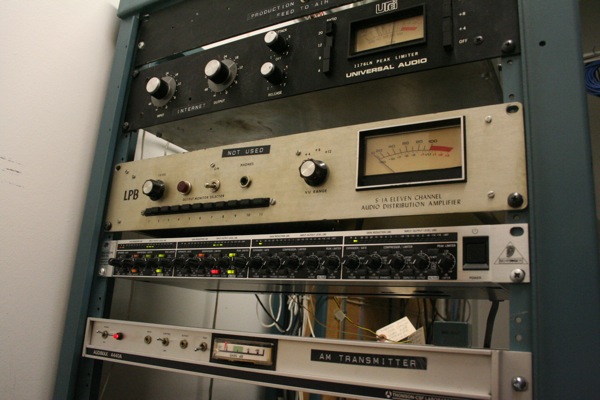 Broadcasting equipment at CJLO's offices, sending its signal online and to its AM transmitter

Here’s what they want to do to make themselves more accessible.

CJLO wants to setup a low-power FM retransmitter downtown, which would cover the downtown campus. “The frequency we are looking at is around 10 city blocks and no commercial station seems to want it,” station manager Stephanie Saretsky tells me. “We have been told by our AM consultant that the response from the CRTC should be favorable because of this fact. Obviously nothing is guarenteed, but CJLO cannot start the application process without the fee levy.”

The CRTC has said there isn’t more space on the FM dial in Montreal (106.7 is an exception, now that it has been vacated by Aboriginal Voices Radio and the pirate station KKIC, but an application is pending to use that frequency). But the city is saturated only in terms of high-powered stations. There are options available for low-power transmitters covering a small area, and this seems to be what CJLO is looking for – something just to cover the downtown campus, so students can tune in between classes.

CUTV, meanwhile, doesn’t want to setup a broadcast transmitter, but it does want to get on cable television, where most viewers are anyway. CUTV’s plan is to apply to the CRTC for a community channel license, which would require cable systems to carry the channel. In the short term, the station is looking to get time on VOX, the community channel run by Videotron.

Both plans are admirable, though the campaigns by both groups are tying the increased funding to the new broadcast licenses. Neither group has actually applied for one yet, and the likelihood of success is far from absolute. Getting a new FM transmitter in Montreal – even a low-power one – isn’t easy, particularly if it’s just retransmitting another station. The CRTC process is hardly a formality or a rubber-stamp. For CUTV, the group would have to convince the CRTC to give it a channel on the cable dial even though there already exists a television station in Montreal devoted to programming from its four universities – Canal Savoir.

And it goes without saying that if these applications fail, neither of these groups is going to voluntarily reduce its student fee.

Still, I wish them luck. CJLO deserves to be heard, and a low-power retransmitter covering just the downtown campus makes a lot of sense. CUTV, meanwhile, has a lot of promise, but without a continuous outlet there isn’t much incentive to produce sufficient quality of quantity of television programming.