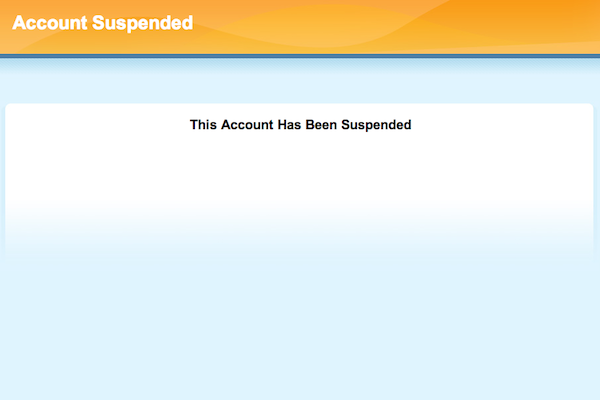 This is what you got at CJMS1040.com during the day on Tuesday

It’s a given that some radio stations are more professional than others. Some have big pockets, expensive ads and lots of people doing marketing. Others are just trying to get by.

On Tuesday morning, rumours started circulating on the Radio in Montreal forum that CJMS 1040 AM in Saint-Constant (no relation to the former CJMS on 1280) would be pulling the plug. The station, which bills itself as Montreal’s only country music station (though that’s arguable, there’s another one in Kahnawake), has seemed to be doing its best to confirm that it’s going off the rails. Its programming has been cutting in and out, sometimes mid-song, leaving minutes of dead air. There’s no apparent live announcer.

But according to station owner Alexandre Azoulay, who I reached by phone, there’s no plan to shut down the station and as far as he knows everything is proceeding normally, with the exception of some technical problems caused by a transformer that was blown during Friday’s storm.

He couldn’t say why the station’s programming seemed to be having problems.

One reason could be summer vacations. Pascal Poudrier, who provides a bulk of the station’s weekday programming, went on vacation last Friday, according to his Facebook page. Summer vacations were also cited as a reason for the lack of news in the hearing that led to the station’s last CRTC licence renewal.

In that renewal, issued in 2010 and expiring Aug. 31, 2014, the CRTC addressed numerous issues with the station’s licence compliance. There were required contributions to Canadian talent development, which were issued late due to what the licensee said was a lack of liquidity. There was the lack of newscasts after 5pm Monday to Thursday and all day Friday to Sunday, during a review of the station’s programming for the second-last week of July, 2010 (what a coincidence, we’re in the same week now). And there was an issue relating to the proper submission of lists of songs broadcast.

That said, the CRTC noted that CJMS had taken significant steps toward improving its licence compliance, and even though it was just coming off a two-year renewal and could have been facing a legal mandatory order or even the suspension or revocation of its licence, the CRTC gave it some breathing room with a four-year term.

Listening for about the past hour (a livestream is still available, and it’s still broadcasting on 1040 AM), the programming issues seem to have gotten less jarring. So it looks like this was a false alarm.

But whether this small station can survive in the long term is another question. We’ll have a clearer idea next year when it applies for its next licence renewal.