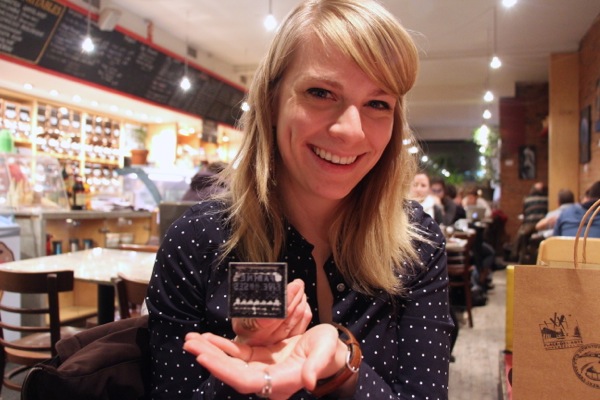 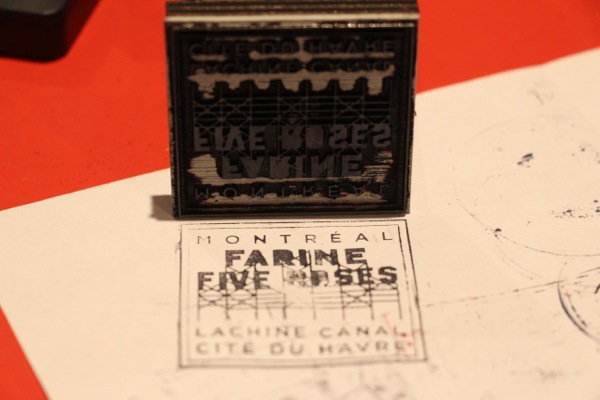 Katie Brioux’s Farine Five Roses stamp, based off a similar one she did for a CSU orientation campaign

Brioux had to make new stamps, mainly because the CSU ones had dates on them. She made five, but plans more, though she admits she probably won’t get to the point where she has one for each of the city’s boroughs. (How do you illustrate Pierrefonds-Roxboro, anyway?) 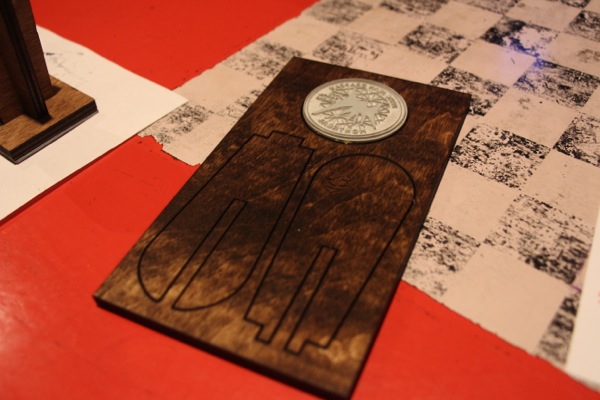 Katie Brioux ships her stamps in three parts so they can be sent flat. Knock the three parts out of the plank, slot them together and you’re good to go.

The CSU stamps were made at an office supply store, Brioux said, but these ones are made locally by a supplier she found. They come in three flat pieces, which can be knocked out and then slotted together into a cross-shaped handle. They fit well enough together that you don’t need glue, though that couldn’t hurt. 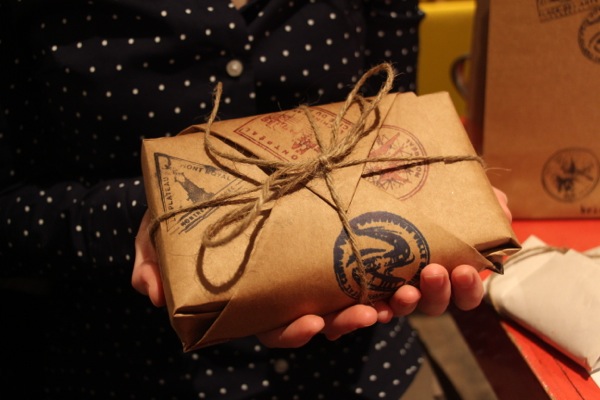 Katie Brioux’s stamps are packaged the way you would expect such an artisanal work to be: in brown paper (stamped, of course) and bundled in twine.

Brioux admitted that they’re not so much practical as they are sentimental. The kind of thing you’d send to a former Montrealer living in another city. The kind of thing you’d display on a shelf in your living room, and occasionally take out to stamp a bunch of pieces of paper for the fun of it. Or use it to stamp postcards and letters to remind pen pals how awesome your city is.

It’s something she hopes will be an alternative to shot glasses and other cheap, soulless made-in-China knick knacks you find in gift shops around the city. She’s thinking people might prefer something that reflects the city, something that was made here, with love. 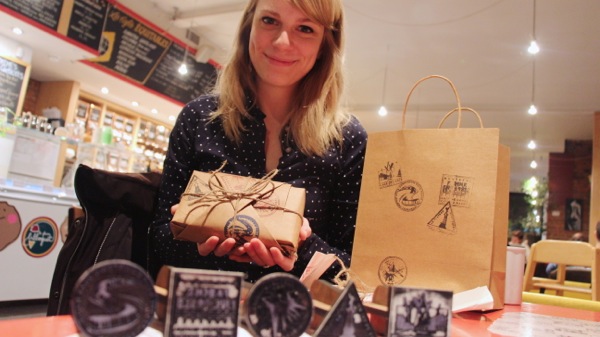 It certainly looks better than an iTunes gift card for Christmas, no?