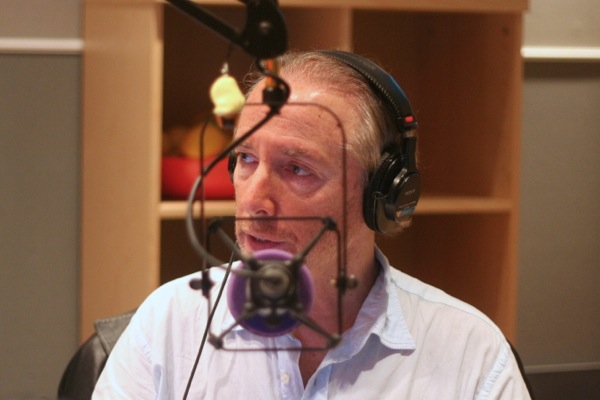 Aaron Rand has cemented his reputation as a reformed music DJ/morning funny man turned serious talk radio host after his show won the national Peter Gzowski Award for a news information radio program from RTDNA Canada (formerly the Radio and Television News Directors’ Association) for its coverage of the Lac-Mégantic disaster last year. It’s among the highest honours that a show like this can receive from peers.

The Peter Gzowski Award goes to a radio station “which, in the opinion of the judges, displays overall excellence in the content and presentation of a regularly scheduled news information program which is not a daily newscast.”

CJAD is the only Montreal winner in either the radio or television category to bring home a national RTDNA Canada award from the ceremony giving them out this weekend.

Aaron Rand was sent to Lac-Mégantic after the disaster, in which a runaway train derailed in the city and killed 47 people. The broadcast of July 9, from the Polyvalente Montignac school, was submitted for the award.

Needless to say the station is very proud of the award. “We worked very hard to tell the story the way it needed to be told,” Program Director Chris Bury is quoted as eloquently saying in the Bell Media press release. “The Lac-Mégantic broadcasts were challenging from every point of view, but we were convinced our hosts, producers, and reporters needed to be there.”

The station plans to send Rand back to Lac-Mégantic for the first anniversary of the disaster, probably for a week of shows.