The Canadian Radio-television and Telecommunications Commission has renewed the licence of ethnic station CFMB 1280 AM for seven years, and as part of that decision has agreed to reduce the requirements in that licence as far as the number of languages it must broadcast in and the number of cultural groups it has to serve.

CFMB’s existing licence had been to serve 19 cultural groups in 18 different languages, but as co-owner and president Stefan Stanczykowski explains in the application, it is difficult to maintain that many different types of programming:

“(An) ethnic broadcaster, unlike (a) conventional broadcaster, has very limited pool of talent to choose from. More often than not our on-air staff has to be trained on the job to fit this description, therefore in the event of loss of an announcer for specific ethnic program, it is very hard and sometimes impossible to replace immediately or for a long time such a person.”

“Adding to this problem is also ethnic community for which the program was produced. Many ethnic producers are discouraged by the feedback or lack of it; others give up for lack of sufficient revenue or personal time.”

“In the Commission’s view, the request would represent only a slight decrease in the number of groups served and languages broadcast by the station,” the commission said in its decision. “The licensee would maintain a fairly high level of diversity of languages and cultural groups and would continue to meet the broad service requirements of the Ethnic broadcasting policy as set out in Public Notice 1999-117. In addition, the Commission considers that the ethnic communities in the Montréal radio market are well served by the six ethnic stations and notes that two additional ethnic stations have been approved by the Commission but have not yet launched.”

CFMB already operates in 16 languages and will continue with its current programming targeting these cultural groups:

There’s an argument to be made that, in a market like Montreal with several ethnic radio stations, they should be allowed to reduce the number of languages they broadcast in to reduce duplication. CINQ, CKDG and CFMB all have programming for the Greek community, for example. Several stations target the Middle East or South Asia. You’d think these communities would be better served if all their programs were on the same station rather than being scattered across the dial.

The Beat announced this morning that “veteran radio executive” Sam Zniber has been hired as the new program director for 92.5 The Beat, effective immediately.

Zniber replaces Leo Da Estrela, who decided almost a year ago that he wanted to leave the job and focus on his side business providing custom radio stations for businesses. Da Estrela was supposed to leave this spring, but stuck around on a part-time basis to help with the transition. His last day is Friday, he says.

Zniber, whose resume is posted on his website, has no apparent previous connection to Montreal, having spent most his career in Europe.

The memo announcing his hiring is copied below:

END_OF_DOCUMENT_TOKEN_TO_BE_REPLACED 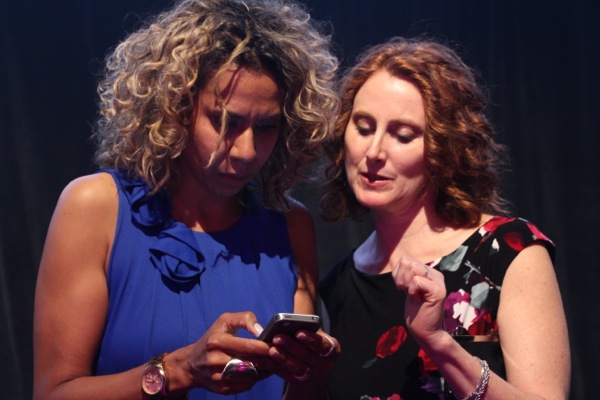