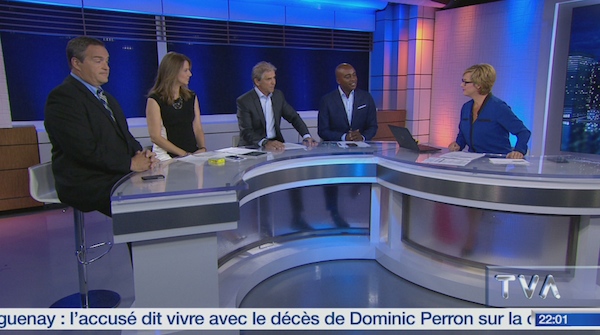 Tonight was the premiere of a new format for TVA Nouvelles’s flagship 10pm newscast (you can watch the whole thing here). Trying to find a new model that was different from the boring single-anchor TV newscast, it brought in four columnists who comment about major news stories, and has become more of a panel discussion show about the news than a newscast.

But that’s not the only change. Here, in screenshots, are other things that TVA Nouvelles has that will save the TV news industry from that pesky Internet threat and make sure the kids keep watching. 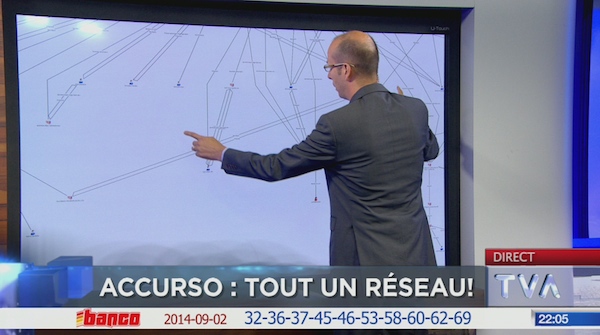 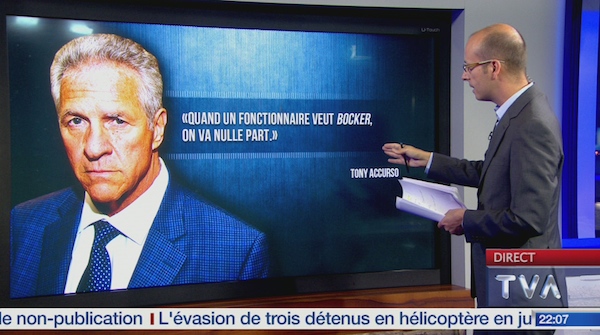 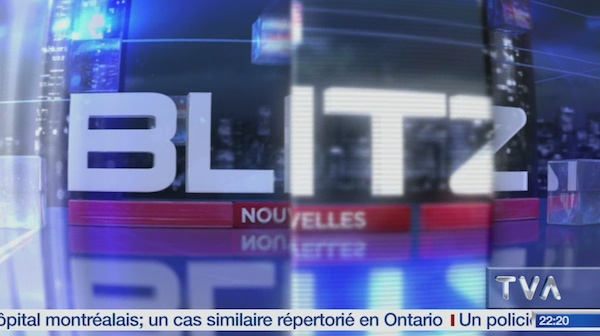 Graphics using cool words about things that are fast! 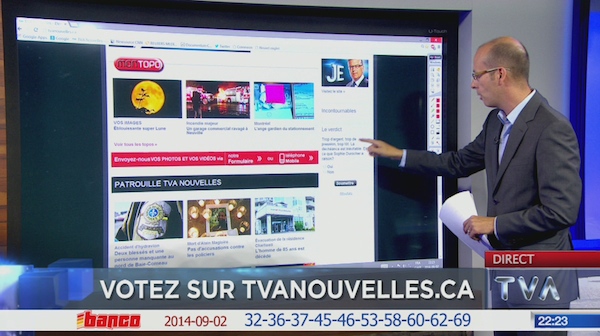 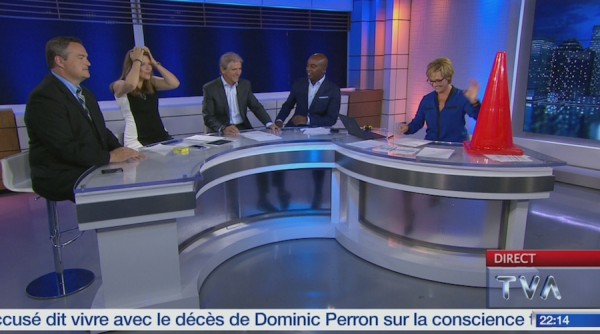 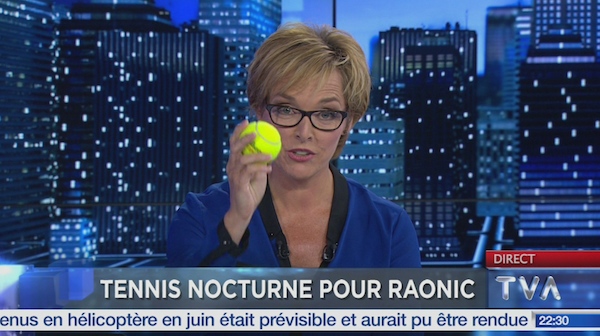 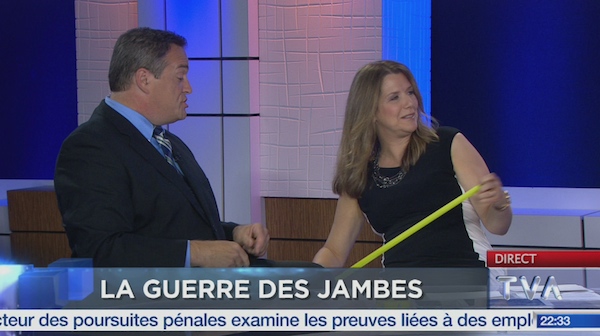 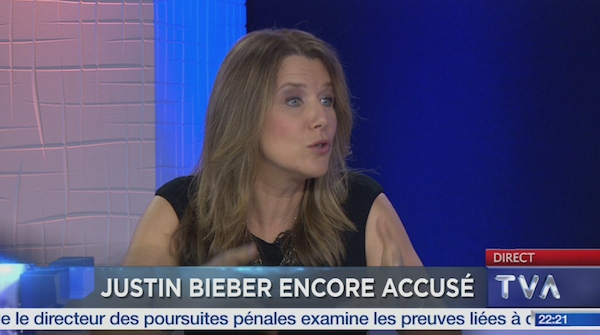 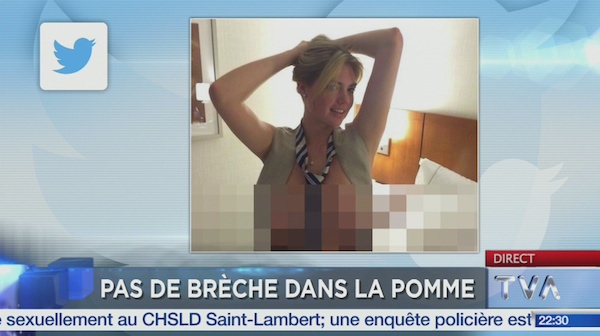 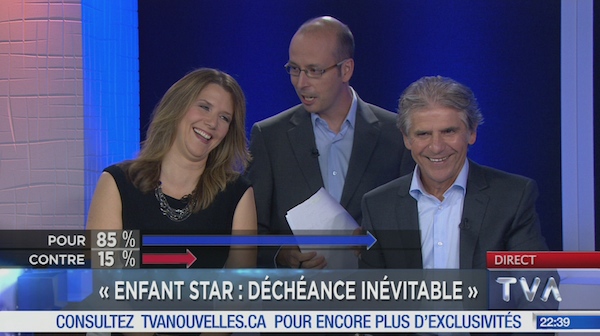 It’s easy to make fun of TVA, and they deserve some credit for trying new things, but what’s unfortunate is that most of these gimmicks are commonplace on TV news these days, as pressure to increase ratings leads to silliness to attract eyeballs.

And yet with all these discussion panels and giant touchscreens, it seems TV news outlets have missed the big lesson that has come out of the media revolution: time is a commodity that is becoming more and more precious. They need to start respecting the fact that we don’t have as much time as we used to, and we’re much less tolerant of things that waste it.

We still watch good TV dramas because they put in the effort. But TV news doesn’t seem to have the budget, or doesn’t have the will, to put in a similar effort. So rather than well-edited, informative and engaging news stories, we have live hits, panel discussions and grown men playing with touchscreens and we pretend it’s a good thing that the industry is headed in this direction just because it’s different.

UPDATE (Sept. 3): What a difference a day makes. Day 2 of this new format involved an almost complete reversal. No props, much less laughing, less playing with the touch screen, and a lot less interaction from the panel. It looked a lot more like a traditional newscast. Clearly TVA was watching the reaction and responding to it.

Métro’s Stéphane Morneau reviewed the first night, as did Le Soleil’s Richard Therrien and La Presse’s Marc Cassivi, all very negatively. Critics of Night 2 were much less negative. And on Saturday, a more where-do-we-go-now piece from La Presse’s Hugo Dumas.

5 thoughts on “How the new TVA Nouvelles saved journalism”