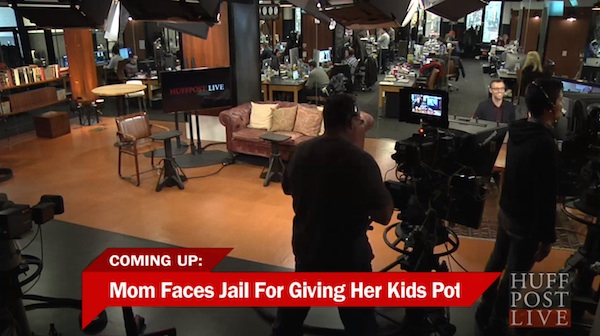 We’ve got CNN, Fox News, MSNBC, Al Jazeera and BBC World News, but could we see Huffington Post added to our cable channels in the near future?

Evan Kosiner, who’s described as a “serial entrepreneur” in his Wikipedia biography and has been behind many applications to the CRTC that ultimately went nowhere, has applied to add HuffPost Live to the list of foreign TV channels authorized for distribution in Canada.

The application comes with the blessing of HuffPost owner AOL, and Kosiner says there is interest from Canadian distributors to add HuffPost Live to their lineups.

HuffPost Live broadcasts eight hours live a day, mainly featuring interviews conducted by Skype about current events. Kosiner breaks down the broadcast as about 60% news and information and about 40% lifestyle. It doesn’t have shows per se, but rather a series of segments back to back. On the electronic program guide, it would be listed simply as “HuffPost Live” 24 hours a day.

Presumably the other 16 hours a day would be repeat programming.

What’s unclear is whether getting paid distribution in Canada would mean cutting off HuffPost Live’s free livestream to this country. Though it would be uncharacteristic for HuffPost to start geoblocking its content, and if that’s the case, I wouldn’t expect cable companies to pay high wholesale fees to carry an otherwise free channel.

The CRTC is accepting comments on the application (which you can download here) until Jan. 19. You can file comments here. Note that all information submitted becomes part of the public record.

UPDATE (June 12, 2015): The CRTC has approved the application. Canadian distributors can now distribute HuffPost Live once they reach an agreement with AOL.