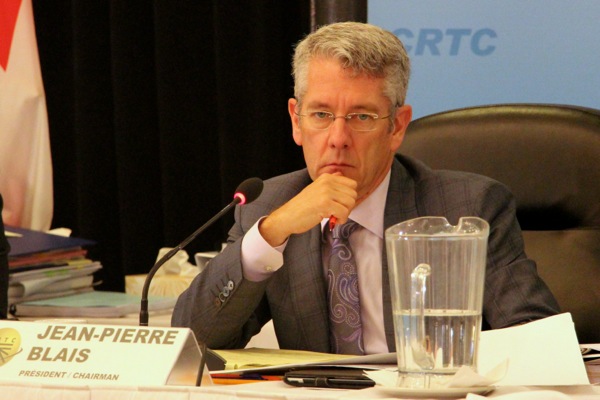 If only a Bell customer service representative had properly dealt with a $17 overbilling in 2009, Bell might had had an easier time in front of the CRTC lately.

In testimony before a Senate committee this morning, CRTC chairman Jean-Pierre Blais let it slip that he had a bad experience as a Bell customer, and that if the giant telecom company had done a better job of treating those customers, he might not have taken such an aggressively pro-consumer stance as head of the broadcasting regulator.

“Someone needs to keep those jerks in line,” an angry Blais blurted out at the hearing in Ottawa. At first he tried to downplay his personal experience with the media giant, but senators pressed him on the details. Under oath, he reluctantly described what happened to him.

Blais said he was accidentally charged twice for a Bell Mobility calling plan. He called customer service, and waited on hold “for several hours” before a customer service agent replied. When he pointed out the error, “that asshole tried to make it seem like it was my fault or something.” Blais said he demanded to speak to the agent’s superior, “and he totally gave me the fucking runaround, then put me on with some bitch who LIED TO ME about when I would get my refund.”

The chairman became more agitated as he recounted his story. But he really exploded when one senator, apparently familiar with Bell’s billing process, asked if maybe Blais had been mistaken in thinking he had been charged twice for the same month.

“Who the hell are you?” Blais asked the senator. “I’m the goddamn head of the CRTC! I’m the king of telecom in this country! I know what the hell I’m talking about and I know how to read a goddamn bill! And if I don’t then that’s their fault, isn’t it? I worked in the fucking Department of Finance for the Government of Canada! You think I don’t know how to read a fucking telephone bill?”

The chair of the committee called for a recess, after which Blais apologized for his remarks. “But I’ll never apologize to Bell, those assholes. They get what they deserve.”

Among CRTC policies that have been implemented under Blais is a new consumer rights code that simplifies contracts and bills for wireless telephone services and makes them easier for consumers to understand.