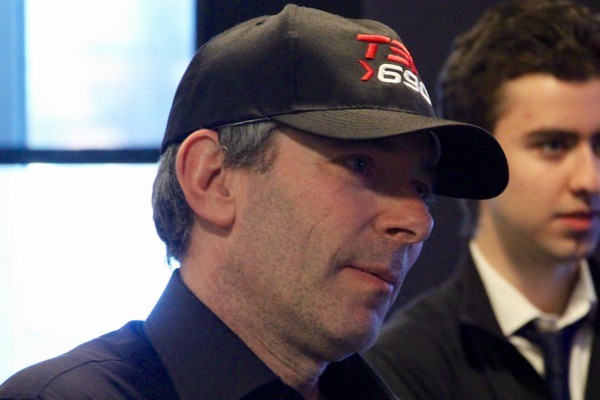 Two and a half months after being shown the door by TSN Radio 690, Elliott Price announced Monday he’s getting back on the airwaves, though in a much less high-profile gig: A two-hour Sunday night show on multilingual station CFMB 1280 AM.

“That’s what’s available,” Price told me about the timeslot. “I was looking around for airtime and there were other options that didn’t fit what I wanted to do, so this is what we’re going to do.”

This isn’t a new job that Price has been hired for, it’s time that he’s brokered on the radio. This means if he wants to get paid, he needs to sell his own advertising. It’s something he hasn’t handled before, he said, but he’s been talking to a few potential advertisers and he’s confident he’ll be able to sell the show.

“I’m confident because it’s affordable,” he said, in a somewhat self-effacing manner. Ad rates for Price is Right won’t be nearly as high as those for the TSN morning show.

The new show, which begins on Valentine’s Day, will be mainly Price talking about sports. It’ll start with a rant from Price, and follow with interviews and other talk. He’s roped in Grant Robinson, a former TSN 690 intern and co-host of The Sports Grind on CJLO, to join him so he’ll have someone to interact with regularly.

“I have a lot to say and I’ve bottled it up for two months,” Price said.

There will also be a podcast, whose schedule isn’t set in stone but will be “more than once a week” as Price’s schedule allows and as there’s enough material to talk about. The plan is to put the best of the podcast on the show and vice-versa.

“We can branch out, we can do more, but I think our basic focus should be sports,” Price said about the shows’ content.

Price didn’t want to talk about what happened at TSN Radio. I suspect that might be because it’s only been two and a half months and they’re probably still paying him some severance. But he did say that after the time off “it’s time to get off my ass and get back to work.” He’s been a guest on City TV’s Sportsnet Central Montreal, but that’s not permanent nor enough to pay the bills.

“What do I do? I watch sports, and I talk about them and right now it’s just my son listening to me. He’s a fine audience but he only pays me so much.”

The shift to another station, whose programming is mainly not in English, will be a change for Price. But so will the schedule, after so much time hosting morning shows.

“I still get up early but not as early, think more 6 and less middle of the night,” he said. “Now if we can retrain the pets we’ll be so happy. They’re still on the 4 am shift.”

UPDATE (Feb. 17): Price’s podcasts, including highlights from the Sunday show, are posted here. On Sunday’s first show, Price addresses his dismissal from TSN 690:

How is it possible that an all-sports radio station in my home town exists and I don’t work there? Just so you know, I never embarrassed the brand, was not let go for something I said or did or as far as I know didn’t do. I showed up for work every day — okay, 99 per cent of the time — on time. I missed one day of work in 36 years. Hey, I’m a numbers guy. And while I believe you have to offer something in my business to get something back, it’s their money. They get to decide who to spend it on, and you get to decide if that’s good enough for you.

Price also listed a series of local sponsors who jumped on board with the new show.

Price is Right’s intro is voiced by Jim Connell.