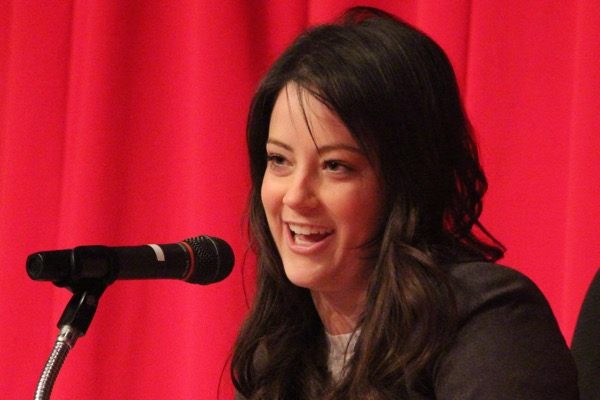 Amanda Stein, sports reporter at TSN Radio 690, used her famously impeccable handwriting to deliver news she’s been teasing for a bit: She’s leaving the station next month, moving to New Jersey and going to work for the Devils.

Her last day on air in Montreal will be Friday, Aug. 18.

My Announcement…After 7 years at TSN I have decided to move on… My letter, written the only way I know how: pic.twitter.com/lG4SGXxx6i

Stein writes she was honoured to have the job at TSN. “It is now time, however, to move on, challenge myself in different ways…”

I am thrilled to be joining the @NJDevils for the 2017-18 season! Looking forward to bringing you comprehensive coverage all season long!

Stein is one of several young women to get their broadcasting start reporting for Montreal’s all-sports station, a list that includes Andie Bennett (now at CBC), Jessica Rusnak (now filling in for Bennett’s mat leave) and Robyn Flynn. If TSN is going to hire someone to replace Stein, Rusnak would be an obvious choice.

For an idea of what Stein’s new job will be like, you can see videos of last season’s All Access shows hosted by Julie Robenhymer (who tweeted last month she’s “awaiting my next adventure”):