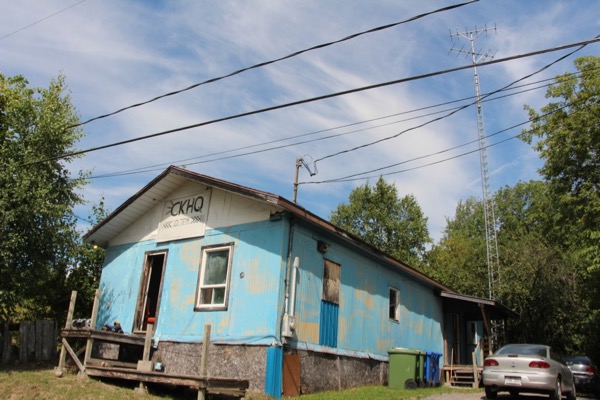 There was a sigh of relief in Kanesatake on Monday that relations between the federal government and the Mohawk reserve wouldn’t be strained over a radio frequency coordination issue.

The Canadian Radio-television and Telecommunications Commission released a decision denying a licence application for a new Christian music radio station in Lachute. The application by LS Telecom proposed a 300-watt station at 101.7 MHz.

That same frequency is used by CKHQ-FM (Kanesatake United Voices Radio), a low-power (27W) community station serving the reserve about 25 kilometres away. And though the applicant’s engineers said (and the CRTC agreed) that the new station could co-exist with this existing one, because CKHQ is low-power it does not have a right to its frequency and could be forced to find a new one if a licensed station would receive interference. Because of Kanesatake’s proximity to Montreal, there aren’t other frequencies available that would be nearly as good, even for such a low-power station.

The Lachute station would also have limited CKHQ’s ability to seek an increase in power (though the CRTC says it “would not affect the ability of CKHQ-FM to serve its principal market” and “would not prevent CKHQ-FM from expanding to a regular power station”).

The Lachute application was denied, not because of concerns about CKHQ, but because of issues with the application itself. The commission seemed to think it was a bad application in general, that LS Telecom “did not provide a quality application and did not demonstrate an understanding of the regulations and policies for commercial radio and religious broadcasting.” But it particularly showed concern with the complete lack of news programming proposed, even after the CRTC reminded them that such a thing is expected of commercial FM radio stations, religious or not.

In 2014, CKHQ got a licence from the CRTC after a long period of dormancy that allowed the previous licence, which dates to 1988, to lapse. But in July 2017, flooding knocked the station off the air, and it’s been off ever since.

With this application out of the way, CKHQ’s co-founder Syd Gaspé and broadcast consultant Michel Mathieu say they can go ahead with a plan to bring CKHQ back on the air.

The first step will be getting the transmitter online. Mathieu said that could probably get done early in the new year. While they wait to build new studios, the plan is to simulcast Kahnawake community station K103 (CKRK-FM) and provide some Kanesatake-specific programming to K103.

As far as an increase in power, an application will be filed “within a reasonable amount of time” after they look at various options. Though there is room to improve the signal, it still has to protect other stations on that frequency, including Rebel 101.7 in Ottawa (CIDG-FM), CIBL-FM 101.5 in Montreal (which will soon have to move off of the Olympic Stadium), CHAI-FM 101.9 in Châteauguay and CJSO-FM 101.7 in Sorel.

The station will also need funding for all this. But Gaspé was encouraged when a community meeting last week drew more than 50 people. With a total registered population of 2,577 in Kanesatake (1,382 living on the reserve), that’s not a bad turnout.

“Fundraising groups in the community are ready to divert their funding efforts toward our cause,” he said. “We’re working on all types of funding sources.”

In the meantime, Gaspé has a Facebook page set up to keep Kanesatake informed about the process.