On Thursday, the Canadian Radio-television and Telecommunications Commission approved an application from CHR to add a rebroadcasting transmitter at the Lakeside Heights Baptist Church to serve the West Island community.

The 51-watt FM transmitter will be at 90.7 MHz, and very limited in its service area, including parts of Dorval, Beaconsfield, Kirkland and Dollard-des-Ormeaux. 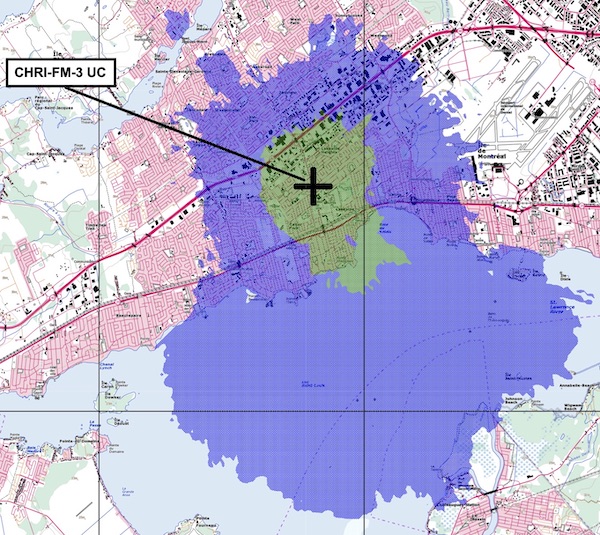 People in the rest of Montreal won’t be able to hear it, because of interference from CKUT 90.3 but more importantly another transmitter also on 90.7 FM in the Saint-Laurent borough.

In its decision, the commission noted that there isn’t an English-language religious radio station with Pointe-Claire in its primary service area. It also noted that there are other frequencies available that could serve Pointe-Claire, so this application would not exhaust available channels. (Montreal as a whole is saturated on FM, but there are still ways to cover parts of it on certain frequencies, though each new transmitter makes the task a bit harder.)