We don’t know what it is about AMC, exactly, but once again they’re playing hardball with a Canadian TV distributor, and it’s at the point where the distributor has announced it is cutting the channel off.

In 2018, five years after it finally added the channel to its lineup, Videotron announced it was cutting AMC, the American channel once famous for shows like Mad Men and The Walking Dead. It said it couldn’t come to a carriage agreement with the channel that was reasonable, and so had no choice but to cut it off, even if it was still popular with some of its subscribers.

But with days to go before the cutoff, Videotron announced it had reached a deal with AMC to keep it on. Details were still not disclosed, but Videotron hinted that AMC had accepted a deal that was more reflective of Videotron’s position as a primarily French-language distributor, whose clients would be less interested in AMC than Rogers’s or Bell’s, for example.

And yet, the story went a similar way with Rogers and Bell last year. In November 2019, Rogers announced it was cutting AMC as of Jan. 1, only to save it with a last-minute deal. Bell followed each step a month later.

So you can understand the raised eyebrow at seeing that Videotron is once again telling subscribers it will drop AMC as of Feb. 11.

Like before, it says it has made the decision because of “unrealistic requests from AMC, which would have resulted in an unreasonable increase for our customers.”

We don’t know exactly what those requests are, but they could be things like minimum penetration guarantees or penetration-based rates, where Videotron’s wholesale fee is only reasonable if a large percentage of its subscribers subscribe to AMC.

Either way, we have just under two months for one of them to blink before Videotron’s customers lose access to their Breaking Bad and Walking Dead spinoff shows.

A month after telling subscribers it is being forced to drop AMC because it couldn’t reach a deal on renewing its contract, Videotron announced on Friday that it has reached a new deal with the popular American channel on the last business day before the channel was to be dropped.

Videotron tells me that “thanks to much effort and perseverance” it has managed to “make the voices of our clients heard.”

Details are confidential, and Videotron declined to tell me even how long their new deal is, but it says the deal “responds to the reality of our regional market” and is satisfactory to both parties. Videotron had previously suggested that AMC’s previous offer was unreasonable because it’s in a francophone market where a smaller fraction of its subscribers would be interested in such a channel.

Videotron tells me that there will be no change to AMC’s packaging. The channel is in some grandfathered theme packages, the Movie Network package, build-your-own packages (with a $2/month surcharge), or completely à la carte for $10 a month.

Thanks to the new deal, there will be a free preview for all digital cable subscribers, from Feb. 12 to 28.

AMC isn’t quite as popular as during the days of Mad Men and Breaking Bad, but it still has The Walking Dead, whose new season begins Feb. 25, as well as series like Better Call Saul and Halt and Catch Fire.

UPDATE (Feb. 9): Videotron has reached a last-minute deal to keep the channel.

It didn’t take long after Videotron started informing clients that it was dropping AMC as of Feb. 12 for those clients to start complaining.

I contacted Videotron and asked them why they’re dropping the channel, and their response was about what I expected: They just can’t meet AMC’s carriage demands.

I wrote a short story about the decision for Cartt.ca. For non-subscribers, the previous sentence summarizes Videotron’s reasoning.

It’s too expensive, AMC’s carriage demands (which aren’t just about the per-subscriber fee) are too onerous, and all this for a channel that most of its clients aren’t interested in and whose viewership has been trending downward.

We don’t know exactly what AMC’s demands are, because negotiations and carriage contracts are secret, but it’s likely there was something along the lines of a minimum penetration guarantee or penetration-based rate card, which effectively force a provider to make sure a large number of its clients subscribe to the channel.

For national providers like Bell (Videotron’s main competitor), Rogers and Shaw, AMC’s demands may be more acceptable (though I doubt any of them are happy with the conditions). But for Videotron, which operates in Quebec and has mainly a francophone audience, it looks like it just became too much.

We’ve been here before. Before Videotron finally added AMC in 2013, it was among the most requested channels by subscribers. This was back in the day when AMC’s original series were very hot: Mad Men, Breaking Bad, The Walking Dead. Because of AMC’s contract requirements, Videotron had to add it to its most popular large packages — Anglo, Telemax and Mega — despite its high cost.

Does it make sense for Videotron to jump through so many hoops to keep this channel in their lineup?

For some customers, this will no doubt be a deal-breaker. Combined with the usual price hikes, they’ll jump ship to Bell, which still carries AMC. Videotron has taken that into account with its decision, and it still makes more sense to let AMC go.

And don’t think this is some negotiation tactic, either. AMC has all the power in this relationship, with a billion dollars in annual revenue and more than 90 million subscribers to its flagship channel in the U.S. It won’t care that much about losing a few thousand subscribers in Quebec. And besides, subscribers will blame Videotron for this, not AMC, unless Videotron says exactly what AMC was demanding, which it can’t because of confidentiality agreements.

Ideally, it wouldn’t have to be this way. In 2015, with its Wholesale Code, the CRTC made it illegal for broadcasters to impose abusive penetration-based rates or minimum revenue guarantees. But AMC is an American channel, and doesn’t have to answer to the CRTC. Though the commission said it “expects” foreign channels to abide by the same rules, and said it could use its powers to, for example, make authorization for distribution in Canada conditional upon accepting the same rules, it has yet to step in when it comes to a foreign channel’s distribution agreement.

(AMC Networks also owns IFC and the Sundance channel, but the versions of those distributed in Canada are actually Canadian channels owned by Corus, which must follow the CRTC’s rules.)

It’s unfortunate that it’s come to this. We’ll see if other Canadian providers decide they too are fed up with AMC. The same year Videotron finally added AMC, Telus was so annoyed by their negotiation tactics that it sued in a U.S. court, and negotiations with Rogers got so bad that AMC started a campaign aimed at Rogers customers. If enough of them reject it, and AMC risks being shut out of Canada, it might change its demands. But what are the chances of enough Canadian providers being willing to alienate their own customers? 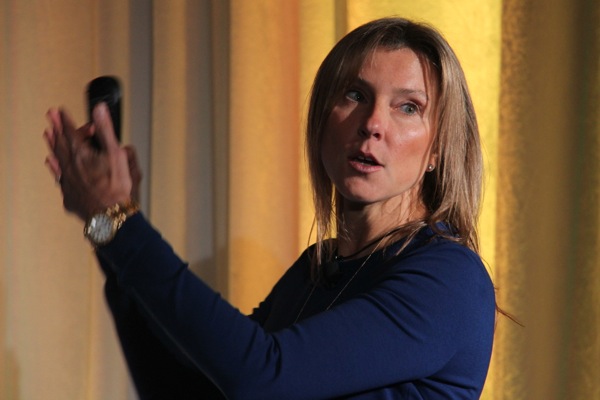 Videotron President of Consumer Market Manon Brouillette announced the deal with AMC as an aside during the launch of a new video on-demand service on Thursday.

In the first draft of my story, I’d written “more than two years.” In fact, it’s been more than three. More than three years since Bell TV and Shaw Direct added the U.S. pay TV channel AMC to their lineups in the fall of 2009.

It was back in the fall of 2010 that Bill Brownstein wrote a column in The Gazette about the anger Videotron’s customers have had over the lack of access to the channel.

Now, finally, the long wait for the channel that brings us Mad Men, Breaking Bad and The Walking Dead is almost over. Videotron announced on Thursday, during a press conference to launch its new Netflix-like service, that it is adding AMC to its TV lineup within the next few days.

It was almost a passing reference, a by-the-way mention by Videotron President of Consumer Market Manon Brouillette while she did a demo of the video-on-demand service. Compared to the written press releases I was given announcing upgrades to Internet speeds and the fact that its next-generation Illico boxes had reached 500,000 subscribers, the AMC announcement was remarkably low-key.

AMC has been, by a long shot, the most requested new channel among Videotron’s clients (a quick check of their Facebook page or Twitter mentions can confirm this), and it’s been clear for months now that they have been trying to negotiate a deal to carry the network.

Brouillette was vague with me when I asked why it took so long, saying that Videotron is a regional player and there were financial issues. Whether it’s that AMC demanded too high a per-subscriber wholesale rate or something else like a high minimum penetration rate, we might never know. But now they have it, and Brouillette made it clear through both her words and her body language that this was a long, difficult process that has finally come to a happy end.

There’s no exact launch date yet, but it should be some time within the next two weeks, Brouillette said. AMC will launch in SD, HD as well as on demand. Packaging and pricing details are also not known (she said she wanted to wait until launch to announce them), but as a pay TV service I would not expect it to be cheap.

With the sixth season of Mad Men starting on April 7, fans of the show on Videotron will be able to watch it as it airs. For fans of The Walking Dead, whose third season is airing now, the launch date can’t come fast enough.

It’s being added to the following packages:

The fact that it’s in so many preassembled packages but not à la carte suggests that AMC demanded a high penetration rate as well as a high wholesale cost. This would explain why Videotron took so long to come to a deal. Unlike its competitors, Videotron offers à la carte selection of channels, and it’s not a fan of forcing channels (particularly expensive English-language ones) on all its customers.

The channel is on a free preview until May 31. It’s also available on demand on Channel 900. Right now that channel has just the three latest episodes of The Walking Dead (in SD), for fans to catch up before this week’s episode. The VOD channel is free for anyone with AMC, including those just benefitting from the free preview.