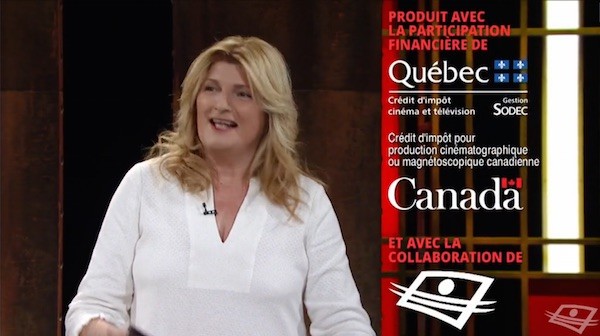 Marie-France Bazzo’s BazzoTV is financed in part through a Canadian government tax credit.

The scandale du jour in Quebec media: The government has cut funding to BazzoTV, forcing the Télé-Québec current affairs show to shut down for good after this season.

Bazzo’s production company issued a statement, the show posted a page on its website, Marie-France Bazzo herself tweeted about it and there are plenty of news stories about the change, with Bazzo not being afraid to express her opinion on what this decision means for the future of television.

Reaction has been negative toward the government and supportive of Bazzo. One Journal de Montréal blowhard called it murder.

So what happened, exactly?