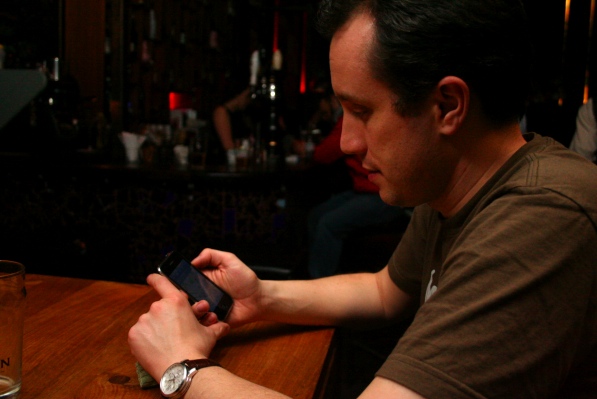 Laurent Maisonnave on his iPhone, not that he'd ever cancel his contract unilaterally

The Quebec Liberals this week announced Bill 60, proposed legislation that would strengthen (or “modernize“) consumer protections particularly where it concerns long-term service contracts like cellphones. The bill has already (and unsurprisingly) gained the support of the Union des consommateurs, and others. Cellphone providers have stayed silent for the most part, though their advocacy group says the bill is redundant because the industry is already looking to self-regulate (those who buy this please raise your hands).

The full text of the bill is online (PDF). It hasn’t been debated in the National Assembly yet, so it could very well be changed significantly before it becomes law.

Here are some of the highlights:

A lot of these are common sense (no one should be allowed to unilaterally change a contract without the other side’s consent, and companies shouldn’t get free money out of gift cards). Others will probably be criticized because they allow loopholes that lead to abuse (for example, if I know Rogers is about to change their contract, can I get a three-year free iPhone deal and then cancel the contract a week later without paying a penalty and get a free iPhone?). Still others are open to interpretation (we could expect arguments about whether a certain change really increases the obligation of a consumer).

Others sound like they could be downright annoying, like being forced to sit down while a Best Buy employee reads out the complete text of a manufacturer’s warranty to you.

But all in all, it’s a good bill, and provides some valuable protections for consumers against abusive contracts. Law-abiding businesses should be able to point out loopholes that might be exploited against them, but let’s hope the lobbyists don’t start torpedoing parts of this bill just because it might cut down on their bottom line.