The Transportation Safety Board of Canada has apparently completed a preliminary report into the crash of a helicopter last August that killed CTV cameraman Hugh Haugland and his pilot Roger Bélanger.

According to CTV, the report says a small part broke in an exhaust valve, causing the engine to lose power and forcing an emergency landing that failed to save the aircraft or the two people inside it.

CTV cameraman Hugh Haugland, who died in a helicopter crash in August while trying to get video for a story, is being remembered by RTNDA Canada (Radio-Television News Directors’ Association) with an award in his name.

The award, for “creative use of video”, will be presented on an annual basis at the RTNDA’s conference in June. 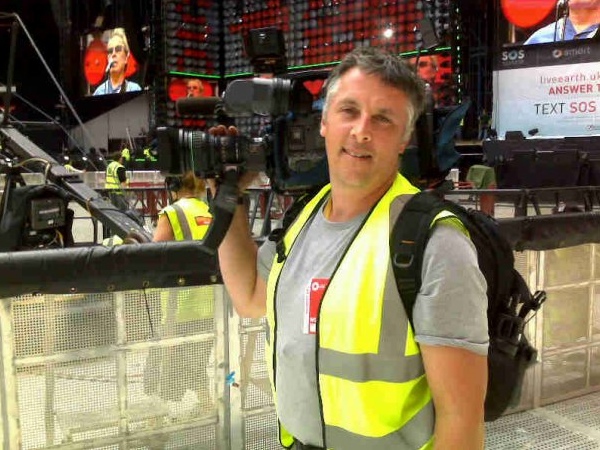 Hugh Haugland, one of the station’s cameramen – and son of former anchor Bill Haugland – died in a helicopter crash this morning while shooting video of the aftermath of last night’s tornado in Mont Laurier. The pilot, Roger Bélanger, also died in the crash. Canadian Press reports that the helicopter had engine failure and was attempting to land when it crashed, but hit a cable holding an electrical pole. Witnesses report the helicopter caught fire after it crashed and nothing could be done to save the occupants.

CFCF led its noon newscast with a clearly distraught, distracted Mutsumi Takahashi breaking the news in a hastily-packaged 40-second brief. Takahashi continued the hour-long newscast with watery eyes despite just being exposed to the devastating news. At 6pm, she again led the newscast with news of Haugland’s death, but it wasn’t any easier. This time a full report on the crash from Daniele Hamamdjian and an obit from Rob Lurie. The CBC and Global local newscasts both led with Haugland, while the franco newscasts led with the Mont Laurier tornado in general.

Bill Haugland, meanwhile, never expected when he woke up today to be spending the day talking about how his granddaughters are going to live without their father. But even while he was contacting other family members to break the news to them, he accepted interview requests from almost a dozen different news outlets to talk about his son.

Hugh Haugland, 44, is survived not only by his father but by two teenage daughters, Evie (who just celebrated her 19th birthday) and Lianne, 14. He had been working for CFCF for 24 years. His Facebook wall is getting inundated with messages.

CTV has issued a formal statement and CTV Montreal has put up a piece with condolences. Pauline Marois and the PQ and Michael Ignatieff and the Liberals also issued statements expressing condolences for Haugland and Bélanger.

UPDATE (Aug. 9): L. Ian MacDonald has some thoughts on Haugland and his job.

UPDATE: The official obituary notice, in Aug. 10’s Gazette, is here (it’s huge by paid obit standards, taking up more than a quarter of a page). A guest book is attached.