It wasn’t exactly kept super-secret, but after a “‘big tease’ social media campaign,” Ted Bird has confirmed he will be returning to the airwaves, reuniting with buddy Java Jacobs as the morning men for KIC Country 89.9 in Kahnawake, from 6am to 9am starting Jan. 6.

KIC (CKKI-FM) launched as KKIC Radio in 2011 after operating as a pirate (or perhaps just licence-challenged) station. Since then it has had a revolving door of morning personalities, including Brian Moon, Sheldon Harvey and most recently Chris Reiser, who have volunteered their time in exchange for a share of any advertising they could drum up. (Bird says he and Jacobs will be paid for their work at this station, though.)

Bird and Jacobs worked together as the morning team (with Paul Graif) at Kahnawake community station K103 from 2010 to 2012, when Bird left to join TSN Radio. He was let go from that job in September. Jacobs stayed on until last month, when he was let go and replaced by Lance Delisle.

Bird and Jacobs have been hinting about the new job for a while now, with Bird rediscovering country music to prepare for his new job. It’ll be his first stint at a commercial music station since he left CHOM.

Unlike K103, KIC Country is a private station focused on country music. It has a low-power signal and very few resources, so much of its schedule is music with no DJ. They’ll need to help turn things around dramatically for this station if they’re going to turn this into long-term or even medium-term career moves.

UPDATE (Jan. 8): Here’s 10 minutes of excerpts from their first show on Monday morning: 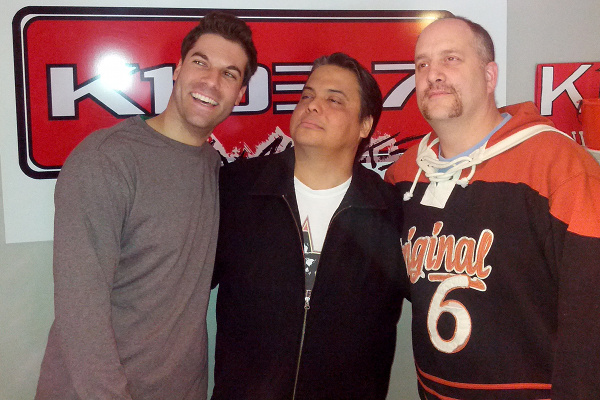 When Java Jacobs wasn’t heard on the air on K103 recently, some had wondered if there was a problem or if he’d left the station.

As it turns out, that’s exactly what happened. Starting Monday, the Kahnawake community radio station has a new morning team, with Lance Delisle taking Jacob’s place on the show.

Delisle is a veteran of the station, having started there in 1988. Jacobs had been there for about as long, and on the morning show for four. He and co-host Paul Graif were part of the morning team that made headlines in 2010 by adding former CHOM morning man Ted Bird. Their show has continued, though with less media attention, since Bird left to join TSN 690 in the spring of 2012.

So why did Jacobs leave?

“All I can say that it’s a personnel issue and not public information,” was the response from K103’s program director Al Gravelle. This leads me to believe it was the station’s decision to let him go.

In more uplifting news, the radiothon that the station held two weeks ago was a “huge success,” Gravelle said, raising more than $80,000, just above its $75,000 goal.

The station is moving into a new building, the groundbreaking for which occurred in September and should be built by July. The building itself, which will be shared with the Mohawk Council of Kahnawake’s Culture and Language Program, is being paid for by grant money, but the station has to pay for new equipment and furniture to put into it.

K103’s current building would have been cordoned off as condemned in any other jurisdiction, so the new one will be more than welcome.