The transformation of The Gazette that has been made necessary by cuts from parent company Postmedia Network began this week in a way that readers will notice.

As of Tuesday, the weekday paper has been reduced from three to two sections (with the exception of Mondays, which still has a separate Driving section). The Tuesday paper has a note from Editor-in-Chief Alan Allnutt explaining the changes. In it, Allnutt talks about how the focus of the paper will transition from covering the 24-hour news cycle to being more of a daily newsmagazine. If that sounds like something you’ve heard a few times before, you’re not imagining it. But such fundamental change to how a newspaper works takes quite a few big steps before it really sinks in.

The two-section format works as follows:

The A section will contain the same as it did before, with local, national and international news, followed by a two-page opinion section with editorials, Aislin’s cartoon, letters to the editor and opinion pieces. After that will be business news, sports news and arts and entertainment stories that used to be in the other two sections.

The B section will be a theme section that’s different by the day. Mondays and Thursdays it will be sports (Hockey Inside/Out on Thursdays during the hockey season). Tuesdays will be business, comprising the features that used to be in the Monday Your Business section. Wednesdays will be food, with the same features that were on the weekly food pages. And Friday will be movie reviews. Regardless of the topic of the day, the B section will include classified, obituaries, puzzles and comics, the TV grid, the weather map and Doug Camilli’s column (on days when that column runs).

There’s a reduction in the number of pages, though it’s not as dramatic as you might think. This Tuesday’s paper had 36 pages, down from 44 the week before. Wednesday’s paper had 44 pages (not including the West Island section), down from 52. When you discount the five special Olympics pages added to the Sports section each day last week, it’s a small reduction (the Wednesday paper has the same number of pages as one the week before the Olympics). It’s hard to make it an exact science because of the variance in the amount of display advertising.

The main reduction of content is wire stories that filled the back pages of the business, sports and arts sections. More of those stories will be replaced by briefs, with focus being left on local original content.

The Saturday paper remains in its multi-section format and is not affected in any significant way by these changes.

Some original content will be disappearing too, the result of difficult decisions to save costs. Dating Girl columnist Josey Vogels (whose column is actually syndicated, but who got her start at The Gazette and the now-defunct Hour) and bird columnist David Bird wrote goodbyes this week. The weekly This Week’s Child brief and Next Chapter boomer/seniors column are also being cut. Listings of events, shows and activities are moving online.

There are also some more minor changes in the way the paper looks. Section banners have become smaller and simpler, the look of the briefs column changes (it’s been renamed from “In the News” to “In Brief”), columnist logos have become smaller, and Web pointers have disappeared from a standard position on Page A2.

Buyouts and a few layoffs, most of which take effect on Sept. 1, will reduce by about 20% the number of people in the editorial department. Most of those leaving work behind-the-scenes, many as copy editors, photo editors or administrative staff whose names don’t get in the paper. The Globe and Mail explains a bit how things are going to work after the newsroom becomes smaller.

Thankfully, there were no forced layoffs on the copy desk, which means I will remain with The Gazette after the cuts.

The changes are obviously not going to please everyone (few changes do). Allnutt invites people to make their views known by email: changes@montrealgazette.com

Ex-Montrealer Josey Vogels, who was replaced as Hour’s sex columnist in October but is still doing weekly columns on sex and dating, will be joining CBC Radio One, where she gets her own “sexuality” show called Between You and Me.

That was part of a lineup announcement that included an interesting-obit show hosted by Gordon Pinsent, as well as a multiculturalism identity show hosted by CBC Montreal’s Geeta Nadkarni (CBC’s article calls her “Geeta Nadkami”).

Speaking of Vogels, her replacement at Hour, Laura Roberts, asked me to critique her column. I admit that I’ve stopped reading Hour and Mirror regularly because they don’t have RSS feeds and have a very small news-to-advertising ratio.

So I perused through the archives, and I’m not entirely sure what to make of it. It’s a bit wordy, a bit opinionative (in the sense of spouting opinions without much analysis or research to back them up), and a bit too focused on the author’s personal life. These are all fairly common for new columnists still trying to figure out what works, and even then it may appeal to others more than it does to me.

In the end, even though it’s been six months already, it’s still a bit too early to tell if the column works or not. It’s definitely not Josey, nor should it be. 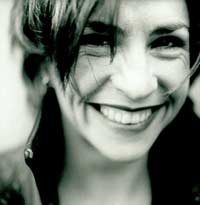