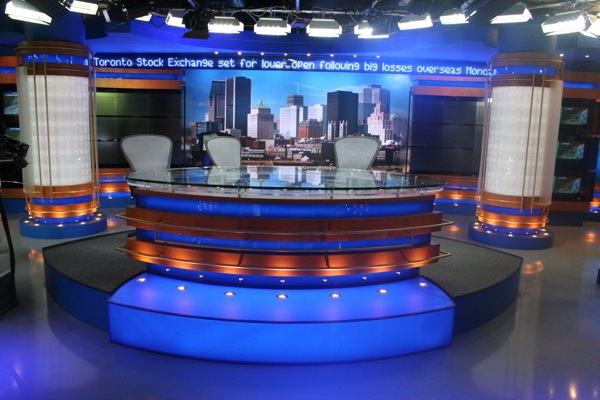 It’s this domination of the schedule that has led to one change that requires approval by the broadcast regulator.

The CRTC agreed to this in a ruling issued June 27. That ruling lowers the minimum of local programming to seven hours for all stations, solely during the period of the Olympics (July 27 to August 12), and says it expects CTV to make up for the shortfall later in the year. (CTV said it would do so.)

CTV also asked for relief from a license condition requiring four hours a week of described video programming. Since described video is usually applied to things like dramas, sitcoms and documentaries, which won’t air much during the Olympics, the CRTC also relieved the CTV network from this obligation, again with the expectation that CTV would compensate for the reduction with an excess during the rest of the year.

No noon newscasts during Games

The Olympic broadcasting schedule released Wednesday shows Games coverage throughout the day between the opening and closing ceremonies. Because the Olympics are in London, which is five hours ahead, live coverage begins as early as 4am and ends around 5-6pm Eastern time. This is the opposite of the Vancouver games, which were three hours behind and meant a lot of live broadcasting in the evening.

With the exception of the opening and closing ceremonies, the 6-7pm Eastern hour is left clear on CTV’s network, which leaves room for local news. This is followed by a four-hour Olympic Primetime recap of the day’s events from 7 to 11pm, which can then be followed by CTV National News and late local newscasts.

Mary Anne Gyba, programming manager at CTV Montreal, confirms to me that local newscasts will air daily from 6pm to 7pm and at 11:30pm throughout the Olympics, with the exception of the opening ceremony (Friday, July 27) and the closing ceremony (Sunday, August 12), which both run through the 6pm hour.

This means it will air 11 hours of local news the first full week and 10 hours the second week, far exceeding the reduced minimum requirement. (An alternative way of meeting the quota would have been to repeat local newscasts at 6am the next day, which CTV and Global both use regularly in underperforming markets, but with Olympic coverage starting at 4am, even this option doesn’t work for them.)

In a similar decision issued the day after the CTV one, the CRTC also offered relief to two television stations – CFGS in Gatineau and CFVS in Val d’Or/Rouyn Noranda – from local programming during the Olympics. Both stations are affiliates of the V network, which is the French-language conventional television broadcaster in the consortium, and both are owned by RNC Media.

In its brief application, RNC said it was “highly likely” that V would not offer enough free time in its schedule during the Games for local programming, even though each station must broadcast only one hour and 15 minutes a week of local programming, which averages to about 10 minutes a day.

V’s Olympic schedule is much like CTV’s, with nothing scheduled during the 6-7pm hour (except during opening and closing ceremonies), and nothing after 11pm. V normally offers entertainment programming at 6-7pm instead of local news, to set itself apart from Radio-Canada and TVA. Still, it seems a bit incredible that such stations can’t find 75 minutes a week for local news.

The CRTC’s decision relieves them completely of the requirement to air local programming during the Olympics.

UPDATE (July 16): The CRTC has issued a similar decision relieving Télévision MBS Inc., which owns the V affiliate in Rivière du Loup (CFTF-TV), of its local programming obligations during the Olympics.

UPDATE (July 24): And finally, a decision relieving the owned-and-operated stations of the V network (CFJP Montreal, CFAP Quebec, CFKM Trois-Rivières, CFKS Sherbrooke and CFRS Saguenay) from their obligations. That application prompted a letter in opposition by SCFP union executive Denis Bolduc, saying that there was plenty of time in the schedule for V to air local news, that it should have asked for this exemption during its license renewal hearing last fall, and that the CRTC should maintain some minimum of local programming during the Olympics.