After threatening to do so for what seemed like forever, Kate McDonnell has changed the almost decade-old Montreal City Weblog from Blogger to WordPress, and given it a redesign: 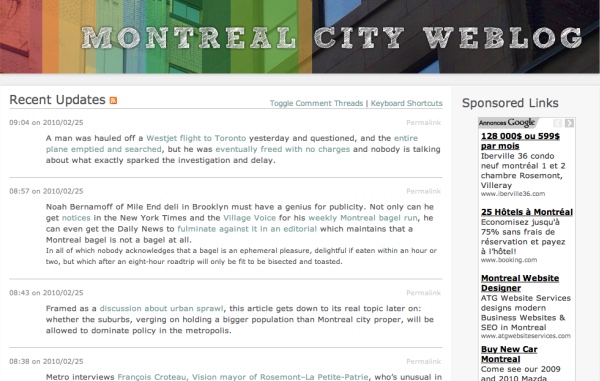 The new version is a big change from the 90s-era design that has gone virtually unchanged since 2001.

One of the side-effects of the change is that the old RSS feeds have disappeared, and those (like me) who subscribed via Google Reader haven’t seen any new posts since Feb. 19. So you should pick up the new feed at http://w5.montreal.com/mtlweblog/?feed=rss2

The new site also allows her to enable comments, though for now the plan is to use it sparingly.