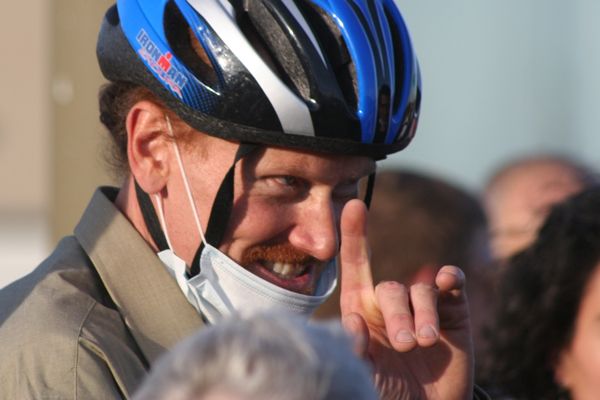 My God, what have you done?

I’m kidding, of course. Peter McQueen is a green nut, but his platform (PDF) is actually relatively sensible (even if it means stop signs and speed bumps every 10 feet).

McQueen is one of 10 Projet Montréal councillors, including the mayor and a councillor in Ahuntsic-Cartierville, Pierre Mainville in Ville-Marie’s Sainte-Marie district, two city councillors in Rosemont and a sweep of all the seats in the Plateau (It also has a borough councillor in Sud-Ouest).

At the very least, he should make city and borough council meetings more interesting.

On the other side of town, running the Plateau will give Projet Montréal a chance at real governance, to show the rest of the city if they’re really capable of running a small town or if they’re just crazy cyclists who want to ban cars and drive us into debt. If they do a good job there, it will go far toward convincing Montrealers they’re ready to govern on a larger level.