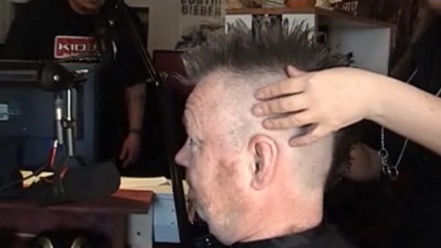 K103 thought to bring a video camera as Ted Bird got a mohawk shaved into his head during his first show.

He said during the show that he had decided not to shave his head because he wanted to be embraced by the community rather than do some silly stunt thinking it would impress everyone.

It was all an act, though, part of the publicity stunt for the station that is betting quite a bit on Bird’s personal popularity to bring listeners and advertisers. They insisted he get his haircut, and he obliged.

Bird has a post about his haircut on his blog. There’s also a short story about Bird and the new show at KahnawakeNews.com. Other than that (and this post), not much bite from the media.

Radio watcher Sheldon Harvey has some thoughts on the debut at Radio in Montreal. Noah Sidel also weighs in.

Oh, and K103 Operations Director Chuck Barnett sent in this pic of Bird at his new roost: 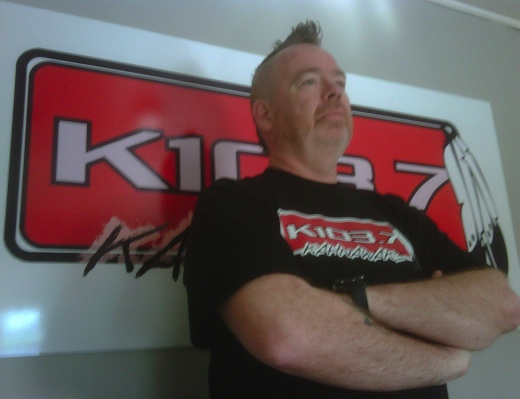 UPDATE (April 21): Bird has also started writing a column for Iorì:wase (, aka KahnawakeNews.com) about his experience working in the community.

UPDATE (April 22): I’ve gone through my recording of their first show, and compiled this 15-minute excerpt of banter between the hosts. It includes Bird’s first words on air at 5:30am, a conversation over the phone with Terry DiMonte, the new Revisionist History, and a couple of promos.