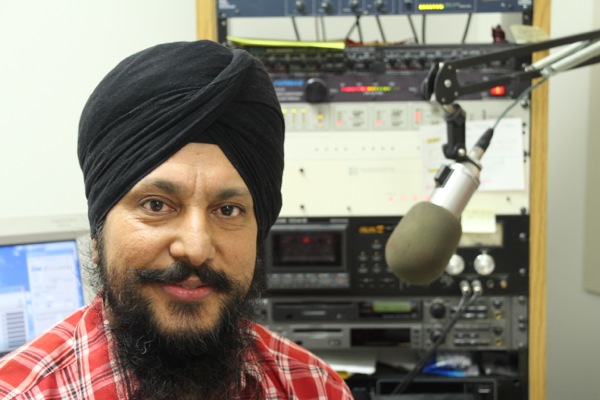 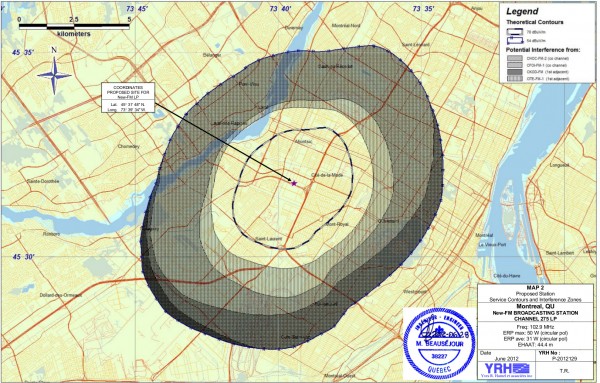 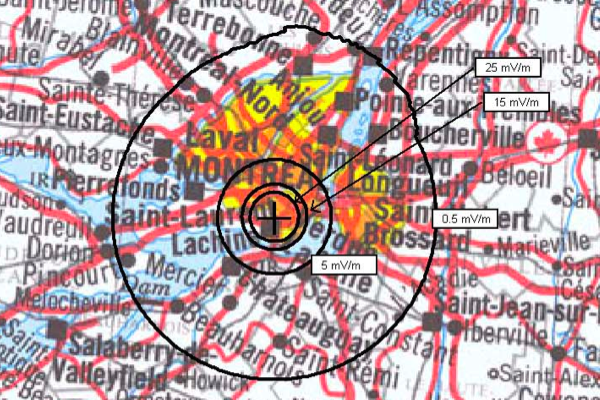 END_OF_DOCUMENT_TOKEN_TO_BE_REPLACED

Despite repeated indications from the CRTC that Montreal already has enough ethnic radio stations, two groups have applied for new ones to serve a South Asian communities they feel are underrepresented on radio today.

The first is one I wrote about in January, a low-power FM station at 102.9 FM whose signal would only cover the centre north of the island. (It already has a proposed callsign, CILO-FM.) Its programming would be mainly Tamil, but also programming for the Sri Lankan, Indian, Malaysian, Ethiopian, Maldavian, Malaysian, Somali, Nepalese and Singaporean communities.

This application was first supposed to be considered at a hearing in March, but was pulled from that hearing by the CRTC for a reason that it did not specify, but likely had to do with a second potentially competing application.

Interventions for the application the first time around prompted a letter of opposition from McGill’s CKUT, which said the company’s owner Philip Koneswaran had a subcarrier service on its station and left it with a $24,700 debt, plus would compete with a different Tamil service that’s now on CKUT’s subcarrier. (Subcarrier services are not protected from competition.)

The application also solicited strong opposition from Groupe CHCR, which runs CKDG-FM (Mike FM) and CKIN-FM, arguing that there would be overlap with its services and that the application lacked key information that could be used to evaluate its impact on the market. CHCR president Marie Griffiths also strongly criticized the applicant’s business plan as unsustainable.

The second application is by Radio Humsafar, an ethnic radio service that is looking for a transmitter (it’s available online, as a subcarrier service and over phone lines — getting about 1,000 calls a day averaging 20 minutes each — until then). It has proposed setting up a 1kW transmitter at 1610AM, the frequency recently vacated by CJWI (CPAM Radio Union, the Haitian station), using the same antenna as Concordia’s CJLO 1690AM, along Norman St. above Highway 20 in Lachine.

Radio Humsafar owns another radio station, CJLV 1570AM in Laval. Shortly after acquiring it, the group applied to the CRTC to increase the amount of ethnic programming it could air. The CRTC rejected that application despite Humsafar’s claims that the station could not survive without more ethnic programming. The station remains on the air, but hasn’t done much since then.

The CRTC will consider both of these applications at a hearing in September. While the two are not technically mutually exclusive, the fact that they would be targeting the same communities suggests the commission would likely approve at most one of them.

But even that is not guaranteed. In 2011, judging that Montreal already had enough ethnic radio stations, the CRTC rejected three applications for new ones. One of them was a proposal by Radio Humsafar very similar to this one: The same transmitter site, same power, same frequency (technically it was for 1400kHz, but with 1610 as a backup if/when CJWI changed frequency to 1410), and serving many of the same ethnic groups.

This new application focuses a bit less on Hindi and Punjabi, and more on Tamil and other unserved languages. If the CRTC approves it this time, that will be the reason.

The station’s application includes letters of support from CHOU (Radio Moyen Orient) and CJWI, and mentions discussions with CHCR.

Comments on the two applications are being accepted until 8pm ET on Tuesday. They can be filed here. Remember that all information supplied, including contact information, goes on the public record.

Radio Laval (CJLV 1570AM) won’t be turning into yet another ethnic third-language radio station.

The station that has been mainly oldies music since it launched in 2003 had applied to the Canadian Radio-television and Telecommunications Commission to modify its license to increase the amount of third-language programming it would be able to broadcast, from 15% to 40%. The goal was to change its format, pick up an ethnic audience and pull the station out of perpetual deficit.

But on Tuesday, the CRTC issued a decision denying the application. The denial was for two main reasons:

In its application for the CJLV license change last August, which it qualified as “urgent”, owner Jasvir Singh Sandhu said he had invested “over $500,000.00” in the station over the previous year, but that he was not prepared to throw more money away. The actual cost to acquire the station was only $200,000. Financial statements submitted with the application showed revenue of $182,251 and expenses of $438,255 (about half of which was salaries, benefits and commissions).

The proposed format would have been 60% local programming, with the remaining 40% third-language programming being half Spanish and the rest split between Creole, Chinese, Portuguese and Greek.

In the application, the station said if the proposed change was not approved, shutting the station down might be their only option.