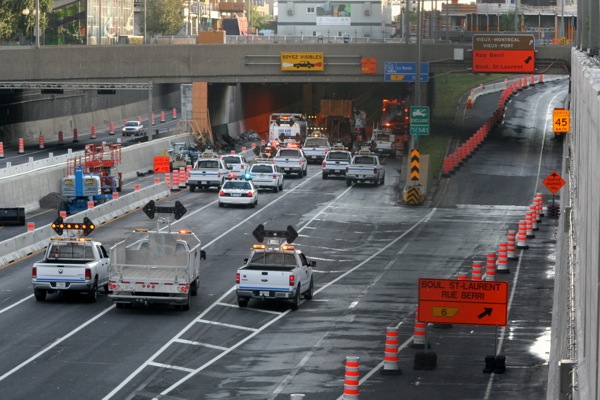 Have you seen so many Transport Quebec trucks in one place in your life?

Infrastructure is one of those things – nobody pays it any attention to it until it fails. People have better things to worry about, so they don’t think about their water pipes, their electricity lines, their building foundations or their roads or bridges, so long as they’re working properly. But when something goes wrong, any of these can suddenly become a top priority.

For this same reason, those who are in charge of infrastructure tend not to prioritize it. If the people don’t care, why should the government? Making a working thing still work is not going to win you as many votes as making a brand new thing. And that’s a logic that’s not reserved for inept governments. Given the choice between paying a professional engineer to do an inspection on that seemingly innocuous crack in a home’s foundation and spending that money on a new big-screen TV, which do you think is going to be the more common choice?