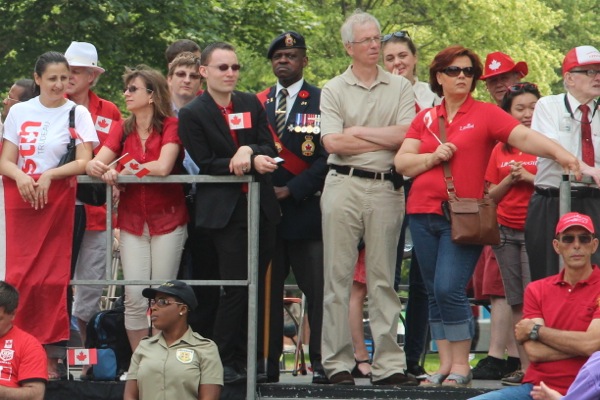 It was underhanded, mean-spirited, even arguably discriminatory. CTV executives decided to air the raw tape of an interview between ATV host Steve Murphy and then-Liberal leader Stéphane Dion in which Dion has trouble understanding a grammatically confusing question. The network said it was because it had news value, but in reality it was because it wanted to make Dion look bad.

The move backfired, with public opinion turning against CTV. And now the Canadian Broadcast Standards Council has agreed, with two separate rulings that the network violated the Canadian Association of Broadcasters’ Code of Ethics. (Two panels were actually convened, one regional panel to deal with the CTV Atlantic airing, and a specialty channel panel to deal with the Mike Duffy CTV NewsNet rebroadcast later that evening.)

Coverage from CP and Canwest. Still waiting for a news outlet that actually bothers to link to the decisions. Also no peep from CTV so far.

The decisions basically rule that Murphy’s question was poorly worded, that the network should not have aired the outtakes after promising not to do so, that airing them was unfair to Dion, and that his restarts were not newsworthy enough to justify their airing.

I find myself mostly agreeing with the analysis of the council, though their analysis of Murphy’s grammar is thorough to the point of absurdity.

The specialty channel panel wasn’t unanimous, with two members providing a dissenting opinion that favoured CTV. CTV’s arguments shouldn’t be dismissed here – they argue that restarts like these are rare, even in live-to-tape interviews like this one, and that it should be up to CTV, not the council, to decide what is newsworthy, especially when it comes to the most important interview a newscaster can give – a candidate for prime minister during an election campaign.

One argument that CTV didn’t make which I’ll add is that the question Dion was asked is textbook to the point of being cliché: What would you have done as prime minister? And politicians with even a moderate amount of public exposure should know how to bullshit their way to the next question if they don’t understand it (or don’t have the answer). Had Dion just picked an interpretation of his choosing instead of asking for clarification multiple times, this would never have happened.

But that doesn’t change the fact that CTV said it wouldn’t air the outtakes, and acted in a way that made it clear to Dion they wouldn’t be aired. Dion took advantage of an opportunity, and then got a knife stabbed in his back for his trouble.

UPDATE (June 2): ProjetJ looks at the differences between the CBSC and the Quebec Press Council. The latter has been losing members who also belong to the former (arguing they shouldn’t have to belong to two organizations that do the same thing). It also suggests the press council is more secretive, making its decisions anonymously.

I was busy dealing with real news tonight, so I completely missed the broohaha over this incident with Stéphane Dion and ATV News.

For those who haven’t heard of it, you’re lucky to have limited exposure to the echo chamber of political gossip reporting. Here’s the deal: ATV (an Atlantic TV network owned by CTV and rebranded CTV Atlantic) had Stéphane Dion on for an on-camera but pre-taped interview. Host Steve Murphy asked Dion a question about what he’d do about the economy if he was prime minister today, and Dion started answering before realizing he didn’t quite understand the question. It was an awkward exchange with a few false starts.

Dion asked if they could re-start the interview, and Murphy agreed. Murphy also, according to CTV, “indicated” that the bad part of the interview would not be aired.

Except later, after the interview, people at the network huddled and decided to go back on their word and air the outtakes, deeming them to have some news value.

Thanks to Stephen Harper’s decision to devote a whole press conference to this “gaffe,” it’s been analyzed from all angles:

I don’t have much to add, so I’ll keep it brief:

Conclusion: Steve Murphy and his cohorts at ATV are douches, and Stéphane Dion a human francophone who can be annoyingly professorial at times. And it’s just a matter of time before someone unearths an interview outtake of Stephen Harper that makes him look bad.

Now can we get back to the issues?

UPDATE (Oct. 24): J-Source looks back on this story with some interesting background on what happened at ATV and CTV News offices.