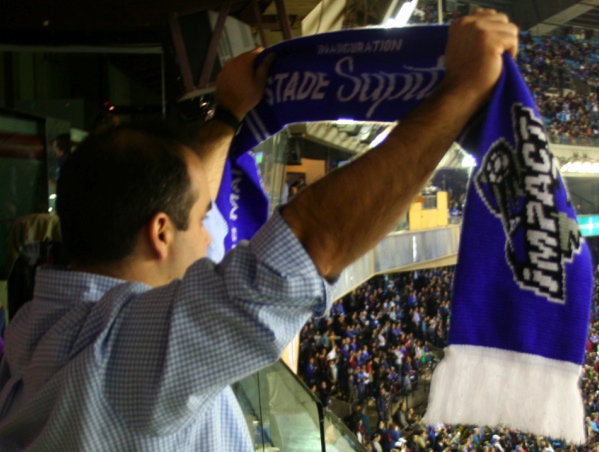 The Montreal Impact (you know, one of our other sports teams) has signed deals with Radio-Canada and The Team 990 to air games this season.

The Team 990 will air all 15 Impact home games throughout the season and all playoff games, with CTV regular Brian Wilde doing the play-by-play. He’ll be joined by former Impact player Grant Needham and The Team’s Noel Butler, who will also host a weekly, one-hour soccer show beginning in May. The same is the case for the 2009 season. The station is the team’s only English broadcaster.

Radio-Canada will air 10 games (9 home games and one away game) on TV, online and on Sirius satellite radio. Play-by-play will be done by Claude Quenneville, with Guillaume Dumas on analysis and Marie-José Turcotte, Marc Durand and Andrea Di Pietrantonio hosting. Radio-Canada is the team’s only television broadcaster, and “could” also air the playoffs.
The Impact’s home opener, which will be covered by both stations, is May 19, playing host to the Vancouver Whitecaps. The first game of the season is Saturday at Vancouver.

Home games are also on CKAC and all games available at USLlive.com (if you’re willing to pay for it)

It’s not like anything more important happened or anything.

(I realize nobody’s going to go to Mix 96’s website as their source for news, which just makes me ask why they bother subscribing to Associated Press in the first place)

UPDATE: For good measure, the Team 990’s website’s current top sports story: “Jets agree to long-term deal with Rhodes” (and I can’t find out more details because their website is misconfigured)