This is a map I created (through a combination of a list from the CBC and Industry Canada’s database) of all 658 CBC and Radio-Canada television transmitters in Canada, plus those of provincial public broadcasters TVO, TFO and Télé-Québec. As of today, more than 600 CBC and Radio-Canada transmitters are no longer licensed by the CRTC and are in the process of being shut down if they aren’t already. Ditto for more than 100 TVO transmitters and four TFO ones.

The CBC’s mass shutdown of television retransmitters (all of them analog) is part of a budget-cutting process that is expected to save $10 million a year in maintenance costs.

The CBC littered the country with television retransmitters, most of them low-power, from 1977 to 1984 as part of its Accelerated Coverage Plan. The goal was to make sure that every community of 500 people or more was served by a CBC and/or Radio-Canada television transmitter (depending on their mother tongue).

(This includes CFYK in Yellowknife, the flagship station of CBC North, which until now has been operating as an analog station. The CBC has replaced it with a digital one, CFYK-DT, effective Aug. 1.)

According to the CBC, only 2% of Canadian television viewers will be affected by this shutdown. The rest either have a television subscription or are within range of one of its digital transmitters.

What’s more, the CBC says in its submission to the CRTC, maintenance is becoming more difficult and expensive because of the lack of availability of spare parts for analog transmitters. Since the U.S. has already undergone a complete transition to digital, there’s little demand for analog transmitter servicing, and the companies that once did that have stopped. Price for parts has increased, in some cases as much as 100%, the CBC says.

And so, with the CRTC’s reluctant blessing (the commission explains in its decision that its licenses are authorizations to operate stations, and it cannot force a broadcaster to operate a station it doesn’t want to), the 607 analog retransmitters were remotely shut down Tuesday night by CBC technicians, the satellite feeds to them replaced with color bars. The equipment will be removed, says Martin Marcotte, director of CBC Transmission.

END_OF_DOCUMENT_TOKEN_TO_BE_REPLACED 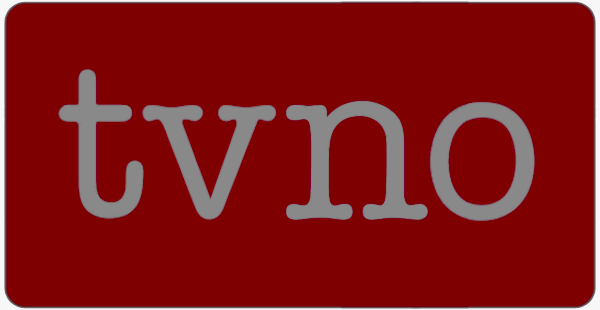 TVO, Ontario’s public broadcaster, has been pulled from cable and satellite systems outside its home province, including Bell satellite TV, because of a carriage dispute.

According to TVO, it was asked by the government to reduce its reliance on public funding and has decided to try to earn revenue from distribution outside Ontario. As of Sept. 1, 2011, cable and satellite providers are required to get permission from over-the-air television stations before distributing them outside their home markets. TVO has more than 200 transmitters across Ontario (though most of them will be shut down between July 31, 2012, and October 2013).

Videotron, the main cable player in Quebec, is still carrying the channel on its digital service on channel 77. Rogers cable customers outside Ontario (it also operates in Manitoba, Newfoundland and Labrador, New Brunswick and parts of eastern Quebec) have also lost the service.

Bell’s media relations didn’t immediately respond to a request for comment, but a customer service representative said “it was removed due to poor viewership.”

The fact that I’m hearing about this more than a week after it happened suggests they may be right.

TVO is known mainly for its children’s, educational and current affairs programming, including The Agenda with Steve Paikin

END_OF_DOCUMENT_TOKEN_TO_BE_REPLACED

Jesse Brown, the host of CBC Radio’s Search Engine, found out that his show was among the ones the Mother Corp. decided it would cancel blame the Conservative government for forcing it to cancel.

Search Engine, a show about the Internet, its culture and its laws (à la Geist) was created as a weekly show on CBC Radio One in September 2007, and lasted a year before getting cancelled for the first time. But a geek campaign by the Cory Doctorow Army got CBC to change its mind and bring Search Engine back, retooled (read: simpler and cheaper) as a podcast-only project for its second season. There it gained a cult-like status as a must-subscribe for Canadian podcast geeks.

But this sad story has another happy ending. Search Engine, which is described as CBC’s most popular podcast (though I couldn’t find numbers to back this up) got picked up by TVOntario, where it gets a home near Steve Paikin and … we assume there’s other stuff at TVO. The show will be produced biweekly until the fall, when it returns to a weekly schedule.

NOW Toronto has some back story. Torontoist also interviews Brown.

Who can tell me what’s missing from this press release from TVO (also more recently here) announcing the creation of a YouTube channel?