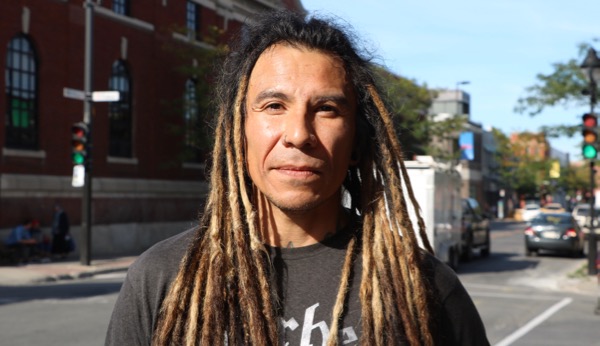 It was more than a year and a half ago that the CRTC found Videotron’s MAtv community channel in Montreal was not meeting its mandate because of a lack of representation from various communities, including notably the indigenous community. The company promised to do better, and went out looking for a show that would be devoted to telling local stories about indigenous people. It wasn’t an easy task, but they got lucky when Lachlan Madill proposed a show.

Madill moved with his wife to Montreal from Saskatchewan, where he worked for seven years for CBC and then doing communications for the North American Indigenous Games in Regina.

In an interview last week, he told me that he approached MAtv about a year ago after hearing that they were looking for a show about the indigenous community, and after meetings, brainstorming and pre-production, the show finally began filming in May.

It’s called Urban Nations, and it debuts on Tuesday at 6:30pm (though the first airing is actually 10:30am). It’s 10 half-hour episodes featuring 10 people from 10 different nations.

“They all have different backgrounds and different ways of preserving and promoting their culture,” Madill said. “There’s also underlying themes we’re trying to get at as opposed to hard news stories. We’re trying to educate people about these big issues without hitting them over the head.”

Identity, he said, is a big theme. Language, history, culture. He wants to build awareness of these things, because us non-indigenous people aren’t very exposed to it. 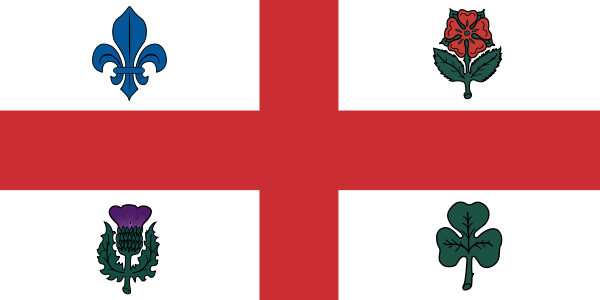 “If you look at the city flag, there’s no acknowledgment of first peoples,” he notes. (The symbols represent four European nations that settled in the city — French, English, Scottish and Irish.)

Madill said one thing that struck him moving from Saskatchewan to Montreal (his wife is from here) was how much less visible the indigenous community is around here.

“There’s way more awareness, it’s a different demographic out there,” he said. “Here, people don’t seem to know much. People don’t really have that contact that they do out west.”

The reason is mainly statistical. There are about as many indigenous people in Montreal as in Regina, in a city more than five times as large.

That’s actually not quite right, but the demographics really do tell a story. In Regina, indigenous people represent by far the largest non-white ethnic group, at 8.7% of the population. In Montreal, it’s 2.5%, and well down the list past southeast Asian, Arab and Caribbean origins.

But don’t expect this show to be some sort of talking-down lecture. Instead, its goal is to offer a new perspective on the lives of local indigenous people that goes beyond what you see in the news.

“There’s been a lot of focus in negativity, and we want to … not brush it a way, but show the positive too,” Madill said. “They’re all positive stories that are about hope and looking to the future while preserving their identity.”

Each episode features some information about the subject’s community and where that person is from.

Madill noted that even the MAtv production crew he worked with to film the series seemed to come out of the experience enlightened. “The crew that we worked with knew nothing,” he said. “You’d see after they’re all excited. They had lots of questions, they were really engaged.”

He also had nothing but kind words for MAtv itself, which he said gave him creative freedom and assistance.

Talking to him, Madill seems like an optimistic person, in general but also about the future of indigenous peoples in Canada. “I think you have to be (optimistic),” he said. “It can’t get worse.

“We’re becoming more assertive, I think. I think more people are aware of the issues, I know the issues are not going to be solved any time soon, but the more we’re aware of it things can change. There’s 100 times more positive stories. I think we’re moving ahead as a people and getting a stronger voice.”

No word yet on whether Urban Nations will go beyond 10 episodes. Madill certainly isn’t lacking for stories, but “I’m not really thinking about the future,” he said. “I’d like to see more, but I’m kind of focused on now and making sure we do a good job.

For the full broadcast schedule of Urban Nations, visit its website.

Urban Nations is the only new English-language show on MAtv this fall. But other changes are happening to other shows. The biggest is a shuffling of on-air talent:

MAtv’s press release about the new season is here.