At Cyberpresse, they’re pumping out videos. Newspapers are jumping on the multimedia train, creating videos, audio slideshows, photo galleries, podcasts and other things they couldn’t do on paper.

Part of me doesn’t quite understand why newspapers are trying to compete with television and radio on their own turf. TV has been producing three-minute packages much longer than newspapers have, and it shows.

On the other hand, some videos I’ve seen demonstrate that newspapers are capable of reaching a level of depth you won’t get on television outside of PBS or the occasional NFB documentary.

Cyberpresse and its producing partner Top Multimédias offer some good examples for newspaper videos, but unfortunately a lot of examples of what not to do. 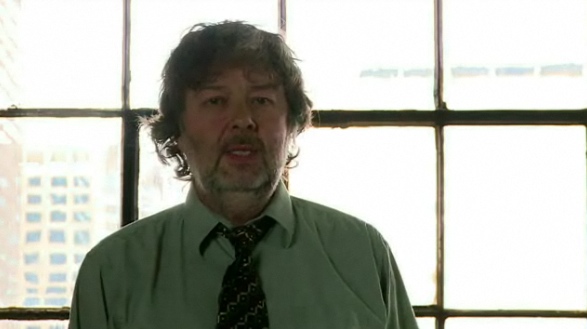 In the latter category, you’ll find this sleeper from La Presse business columnist Rudy Le Cours. He’s standing in front of a bright window (which is one of the first things you learn in photography school not to do because it makes the subject dark) and for three minutes and 27 seconds talks into the camera about … I think it’s unemployment or something. I had to be resuscitated a few times while watching it and I don’t remember much. There are no graphics, no charts, no pictures, no numbers. Nothing to make it worth setting up the equipment to have this guy speak text into a camera.

This video from Mali Ilse Paquin in Italy is also a head-scratcher. The audio is clearly taken over the phone or a really bad voice recorder. And the video is just a series of pictures. A blog post or story with the pictures attached would have made much more sense. 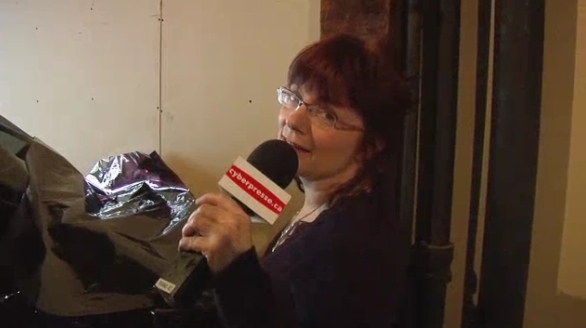 On the other hand we have Marie-Christine Blais and her “Week-end chaud” entertainment preview. She too is talking to the camera, but it’s clear she and her camera operator are having fun (something I’ve long argued is sorely lacking in a lot of news media these days). Not only is she adorable, but she piques my interest enough that I’ll click on that play button when her face comes up. The videos also put up web addresses of bands that she mentions (although displaying show times would be useful).

Cyberpresse still has a long way to go. There’s no way to add comments to videos or embed videos on other pages. And there’s no related links on any of the videos like you can find in YouTube video descriptions. All you can do is go to this page and navigate your way through the various videos in a giant Flash application.

Here’s hoping Cyberpresse (and others) move quickly toward having more fun (if not effort) and way less talking heads standing in front of windows.

This video from Andy Dickinson (via) is so true it hurts.