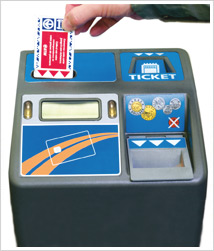 Though Opus, the smart card, is the sexier and more revolutionary of the new fare cards, the STM started with this flimsy paper thing that has caused nothing but confusion and problems (even its website is down)

Below is a list of the problems I’ve noticed with the non-Opus paper card, even though I’ve never actually used one:

Have you noticed any problems with the card apart from these? Comment below and I’ll add them to the list.