On Monday, the great renewal of CBC television took shape, with all sorts of minor pointless changes new, attention-catching refreshening of look and feel.

Nationally, CBC Newsworld was renamed CBC News Network, gained some on-screen furniture (a clock, weather, CNN-like animated lower-thirds, and an obnoxious non-transparent bug in the corner) and got a new schedule which has more one-hour shows and less 24-hour newsroom.

The National was similarly changed to reflect the network’s new look (block serifs and pointless coloured square dots). Most importantly, Peter Mansbridge does the newscast standing up, which is kind of awkward. 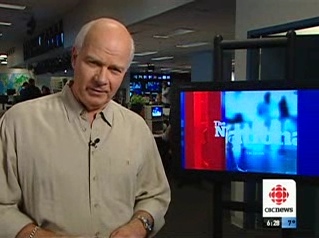 Other reviews of changes on the national level:

Changes in radio were minor: a new World Report at 5am for early risers, and additional local radio newscasts at 6:30pm (short) and 7pm (long).

Online, very little has changed, other than the new block-serifed logo and the Inside Politics blog with Kady O’Malley, freshly poached from Macleans.

But what interested me was the local television news. CBC Montreal hasn’t had a late-evening newscast in a long time, and I was curious how they would do this one ever since I heard about it last month.

It starts with the 6pm newscast, which still has the 90-minute format but gets a new graphical look: 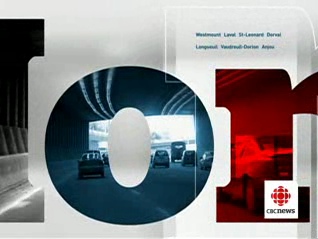 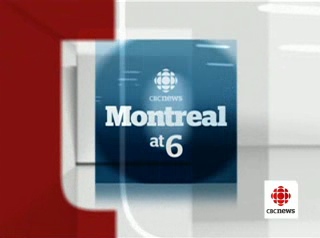 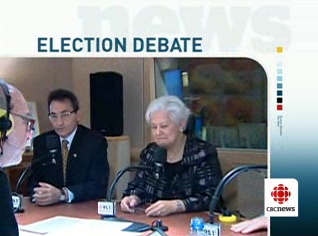 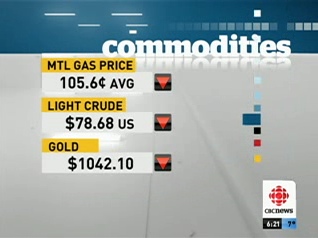 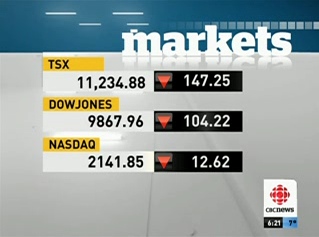 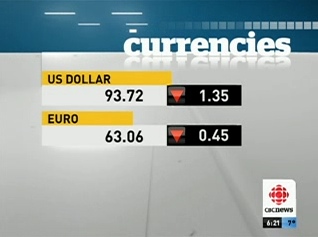 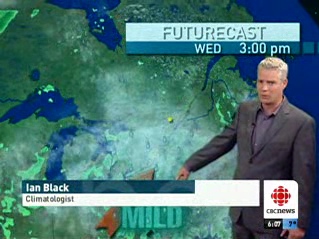 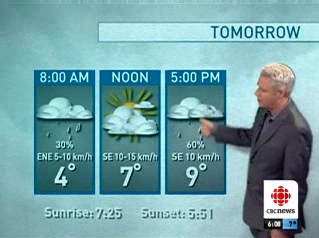 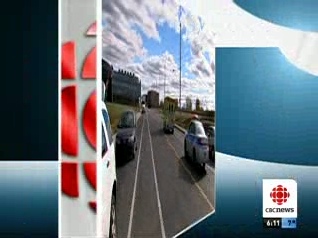 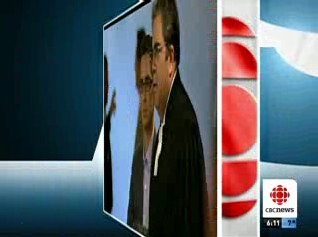 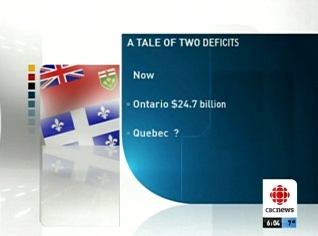 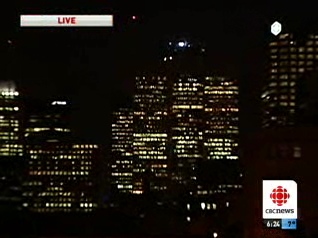 Considering some of the awful elements of the former graphics (especially business graphics and weather), most of these are significant improvements, even if they all strictly follow a national template.

(If you’re wondering about the weather guy there, it was Ian Black filling in for Frank Cavallaro – they made a point on Tuesday to say they missed him when he returned.) 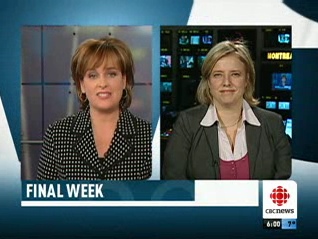 Jennifer Hall with The Pfeff in split-screen 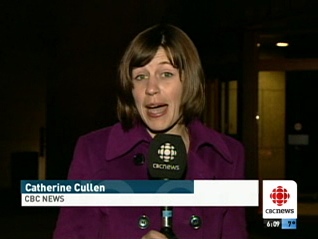 The silliness of the 90-minute newscast, repeating the same stories over and over again in a slightly different way, and having reporters do live chats with anchors that could easily be replaced by them just pressing play on the package, continues under this new look. The set is also the same. 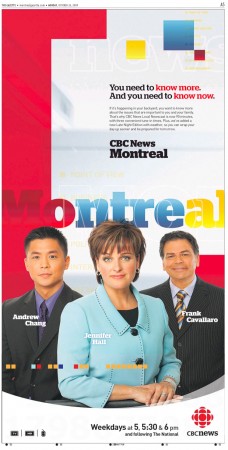 Full-page ad in The Gazette, Page A5 on Monday (click for larger image)

A full-page ad, which appeared in The Gazette on Monday, describes the 90-minute newscast as having “three convenient tune-in times”, which translates as “you can watch it any time you want, as long as it’s between 5 and 6:30”.

I set my VCR (yeah, I still have one of those) to record the 11pm-ish newscast on Monday night.

Here’s how broke down the first night (times are within a second or two):

Hopefully the CBC will learn from its mistakes … again … and drop the fakery. We don’t care if the local anchor thanks Peter Mansbridge or not.

The other thing that struck me is that the vast majority of the newscast is just Andrew Chang talking. Only the weather, Rukavina and Vrakas’s reports, and George’s 15 seconds involved anyone else talking. It’s a bit much. Not that I don’t like Chang’s voice, but it can get monotonous after a while.

And if the guy can talk for 10 minutes straight without a break, what does he need a coanchor for at 5?

Where is this online?

Finally, I’m a bit disappointed by the online offering. The CBC is starting to put local newscasts on its video portal (it’s hard to find – you have to click down a few levels, including through “TV Shows” which is incredibly unintuitive), but there’s still nothing from Montreal. The best you get from CBMT is a recording of the 6pm newscast in crappy Windows Media. They could at least offer the late-night newscast in the same format, preferably downloadable as a podcast, for those who want to tune into the news after the fact.

17 thoughts on “The New CBC Montreal”