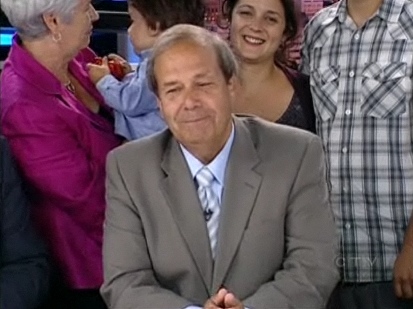 Herb Luft says goodbye, surrounded by family and friends, from CFCF on Wednesday

Herb Luft, who has been working at CFCF since – we have it on good authority here – the dawn of time itself, gave a final signoff to viewers on Wednesday’s show. Once his remaining vacation time is burned off, he’ll be officially retired.

Classy station that it is, it devoted a substantial segment of both the noon and 6pm newscasts to Luft and his career (and a brief segment on the 11:30 newscast), showing the highlight reel, chatting about his 39 years there and even doing a streeter asking random people on the street to wish him good luck (one lady complimented him on always being clear and never stuttering). His family was invited to join him behind the anchor desk for the 6pm newscast’s final minutes.

You can see videos from both the noon newscast and 6pm newscast online. I’ve included a few stills below from his highlight reel, so you can see the progression of his reporting through four decades.

Luft’s last news report, for the record, is this two-minute piece on illegal taxis, from the previous day’s newscast. 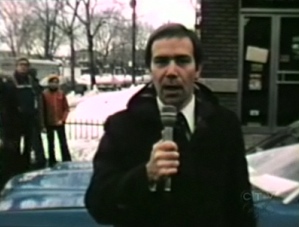 Look at that hair! 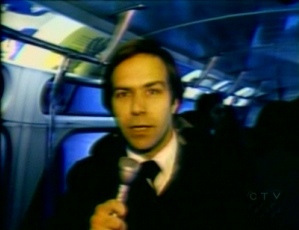 Luft tries a few lines of poetry, reporting on a bus 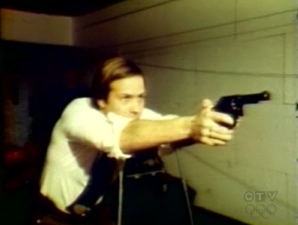 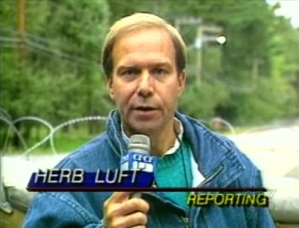 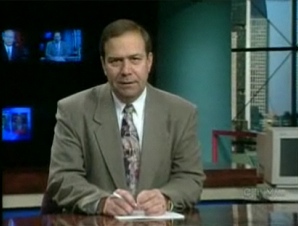 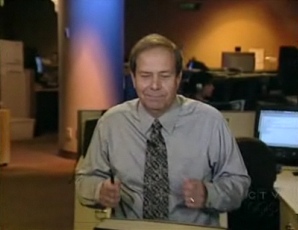 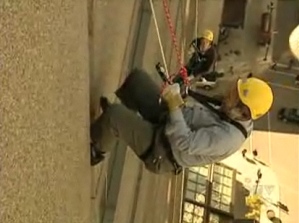 In what he described as the stupidest thing he's ever done, Luft repels down a tall downtown building 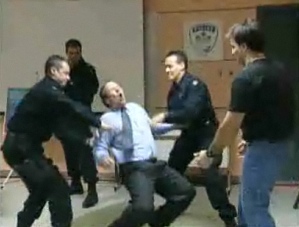 We’ll be seeing a similar (though perhaps not quite so big) show when John Grant retires in August.

3 thoughts on “Herb Luft has left the building”