UPDATE: Lisa Player’s last day at CJFM was Friday. You can listen to her goodbye message, delivered just before 9am, on her final blog post on Virgin Radio’s website. They’ve also posted a video of the same speech. 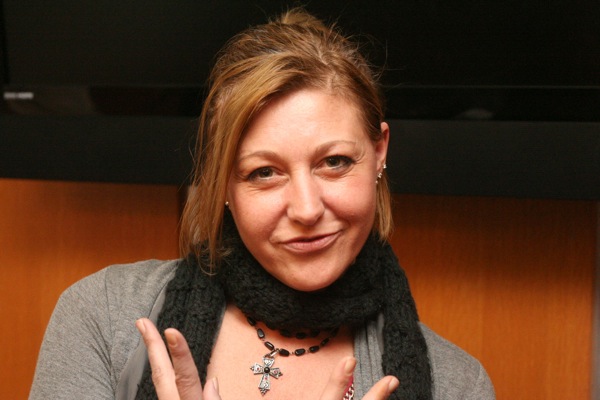 As I sat in the conference room at Astral’s studio on Fort St., interviewing people for my article in The Gazette on the change in the morning show at Virgin Radio, the discussion turned to how unusual it is for radio personalities to stay in the same job for long. For some reason, Montreal seems to be an exception, perhaps because of its two languages or because it has a particular connection to its media.

Still, at CJFM, most of the voices are new. “Freeway” Frank Depalo, Andrea Collins and Nikki Balch have been there less than a year. “Cousin” Vinny Barrucco and Tony Stark not much longer than that. Mark Bergman has been around for a while, but he’s behind the scenes now.

So when Lisa Player leaves her post as the morning show co-host at Virgin Radio (she and Kelly Alexander are the only hosts to predate the name – unless you include MC Mario), her seven-year tenure is remembered as being exceptionally long (she says it’s the longest she’s ever had a job in radio) and relatively short by the standards of people like Aaron Rand, Terry DiMonte, Tootall and Andrew Carter.

A look at this video posted less than two years ago, and you see that of the nine personalities, listed, only two (plus Player) are still on the air here. 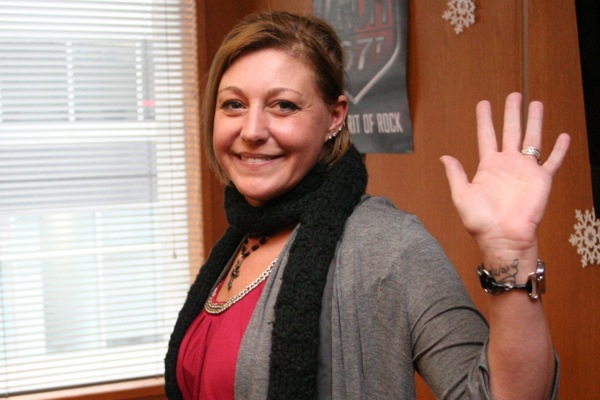 “I feel like I honestly don’t have a great deal to say anymore,” Player says of her decision to pack it in. “It starts to get a little repetitive after a while.”

As she announced to CJFM’s listeners last week, Player is not only leaving the show and the station, but the city and the business entirely. Her replacement is Natasha Gargiulo, who starts Jan. 3.

“Radio’s an extremely fun career and I’ve had an exorbitant amount of fun,” Player said. “When it stops becoming fun then it’s time to seek fulfillment again.”

So Player and her hubby Joey are moving to a small town in Northern Ontario (is that redundant?), where they’re fixing and flipping a house. It seems a bit crazy, but she insists she’s “turning a new chapter” and wants to go back to her small-town roots.

“I’m not really a city person,” she confessed, even though her 20-year career has taken her to cities, from Cornwall, Ont.’s CJSS, where she said her first job was to read the obituaries, to Barrie, Kelowna, Calgary and Toronto, before ending up at what was then called Mix 96 in 2004.

The move came during what Player described as a “dark period in my life,” as she was undergoing a separation. But she credits this city for helping her to heal from that.

“It’s the favourite city that I’ve worked in. If I had to be stuck working in a city it would be Montreal.”

But she’s un-sticking. The Toronto-born but small-town-Ontario-raised Player is going back to “the same thing I couldn’t wait to get away from” at the beginning of her career. And she made it clear it’s not because of the audience.

“Our listeners are amazing,” she said. “They’re the most normal, grounded, caring people.”

“I’m excited i had the chance to share with them, and I know they won’t be disappointed with what’s to come.” 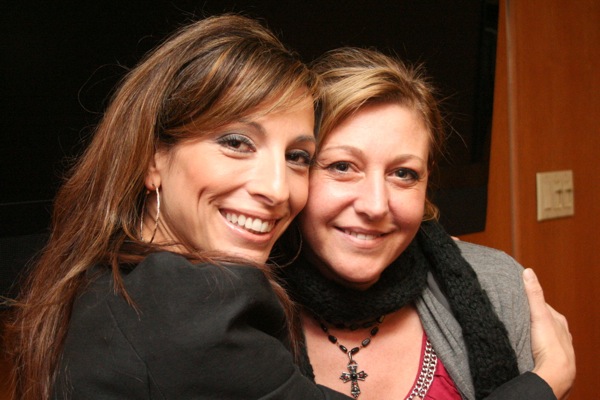 Natasha Gargiulo and Lisa Player have known each other since Player joined Mix 96 in 2004.

It could have been because she was in the room at the time, but her boss, her former co-host and the person who’s replacing her all had nothing but praise for Player.

“Lisa, she’s the ultimate pro,” Depalo said of his on-air partner for only a few months.

“I always admired her quick wit,” said Gargiulo. “She’s on the ball and there’s a lot of things to admire about Lisa.”

I’d have far more quotes than this, but suffice it to say there was lots of praise going around, and everyone loves everyone else.

Player has also been receiving a lot of messages via the station’s Facebook page (and the show’s Facebook page) from listeners who are sorry to see her go, even as they wish her well.

While the news came as a surprise to many listeners, Bergman said a succession plan was discussed as early as late summer. Player said over the past year she’s been thinking it’s time to go back home.

Player’s last show is Friday, and she’s promised a brief goodbye. “I don’t like being in the spotlight,” she says, before laughing at how silly that seems because she’s a morning show personality on a major-market radio station. Still, she’ll keep the goodbye talk brief, probably just before the show ends at 9am.

She says she doesn’t expect to break down on air, though she admitted she did get a bit choked up on Monday.

“I think when it’s really going to hit me is when I turn off the mic for the last time,” she said.

Montrealers may be against change, sometimes in a completely irrational way, but Bergman says it’s important.

“My biggest learning experience as a person as programming director was a year ago when Cat left. It made me realize when one opportunity is missed another is gained.” Bergman hired Depalo to take over for Spencer, a decision that he thinks has worked out great for the station.

“Change is a good thing,” he said. “It doesn’t mean that it’s anything is negative about what happened before.”

Player agrees, and adds: “Astrologically, 2012 is a year of change. Positive change.” 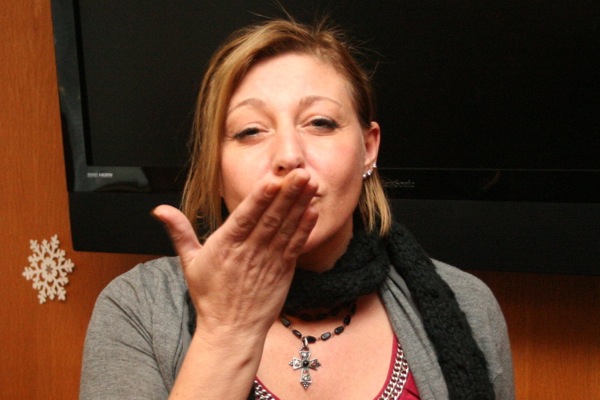 Lisa Player blows a kiss to her loyal Montreal listeners