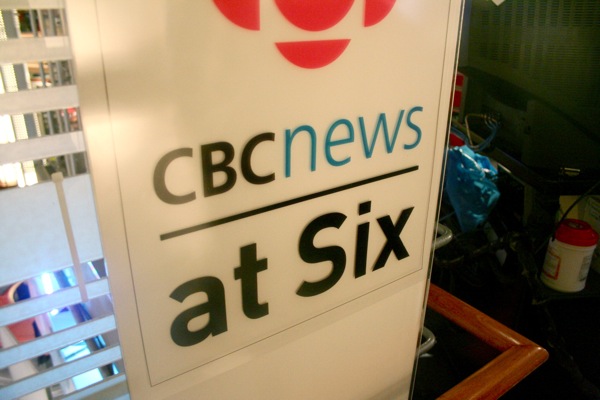 In case you didn’t see the article in Wednesday’s Gazette, CBC Montreal announced this week that it is adding newscasts on weekends as part of the Mother Corp.’s “Everyone, Every Way” strategy that has brought similar announcements of increased local services across the country.

To be specific (because the press release is anything but), starting in May (the exact date is still to be confirmed):

A couple of questions remain unanswered.

I asked Marquard about programming for Quebec communities outside of Montreal. No news there, even though one would think supporting anglophone minority communities in Quebec is part of the public broadcaster’s mandate. Outside of the Quebec AM and Breakaway radio shows out of Quebec City and programs of CBC North out of northern Quebec, the only radio and TV programming produced in the province comes out of Maison Radio-Canada.

I also asked her about the possibility of more non-news local programming. Things along the lines of the Secrets of Montreal special that ran last fall. She pointed to the CBC Montreal Summer Series, which are one-off one-hour specials that air Saturday nights during the summer, when nobody’s watching. Last year’s crop wasn’t particularly impressive. Of the six one-hour specials, two were English versions of Radio-Canada’s Studio 12 music performance show (which won’t return after this season, by the way, so they’re going to have to find another way to produce cheap one-hour shows). It’s not that I don’t like Studio 12, but it’s like those “CBC/Radio-Canada investigations” in which CBC Montreal repackages the work of Radio-Canada and takes credit for it.

Marquard did point out that CBC News Network will be airing the best of these summer series shows on Saturday afternoons this summer (when even fewer people will be watching, I imagine).

I don’t want to be too negative here. CBC television in Montreal has made a lot of progress in the past few years. It wasn’t long ago that all it had was a half-hour newscast on weekdays, producing 2.5 hours a week of programming. With these changes, it’ll go up to nine hours of local news a week, which is still way behind CFCF.

It would be nice if more of an effort was made to produce more local and regional programming for Quebec’s anglophone community from CBC, especially since there are no private English-language TV stations and few English-language radio stations outside of Montreal. And it would be nice if we had some programming that’s not confined to two-minute news reports or six-minute studio interviews, that could reflect the unique culture that is anglophone Quebec.

But for now I guess we’ll have to be satisfied that news that breaks on Saturday morning doesn’t have to wait until Monday at 5pm to be reported on local public television.

UPDATE (Feb. 17): Jobs have been posted for weekend news anchor and weekend meteorologist. The former is strangely listed as “full-time” even though it’s only two days a week.