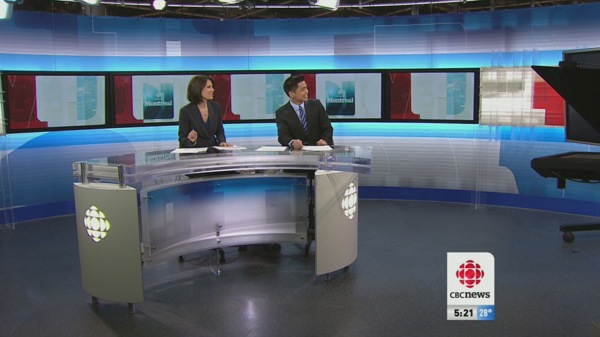 If you’ve been tuning in this week, you’ll have noticed that CBC Montreal has inaugurated its new set. Built in the same space in the Maison Radio-Canada’s Centre de l’Information as the previous one, it feautres a new smaller desk, a new background, flat screens and LED lighting.

Tearing down the old set and building the new one took two weeks, during which the newscast was done from the newsroom studio.

Anchor Andrew Chang takes viewers on a tour of the new set on the first newscast on Monday (it starts at the 24th minute).

Here are some shots from that first newscast to give an idea what it looks like. 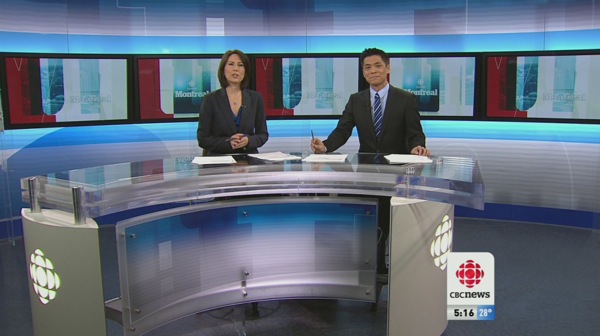 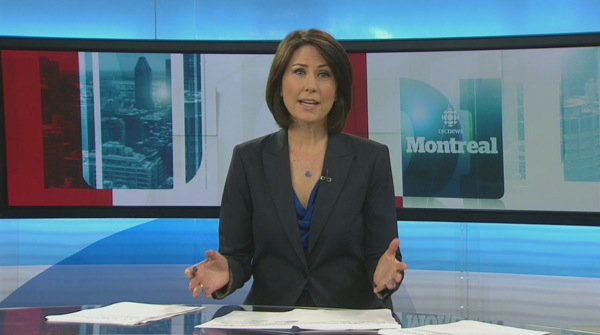 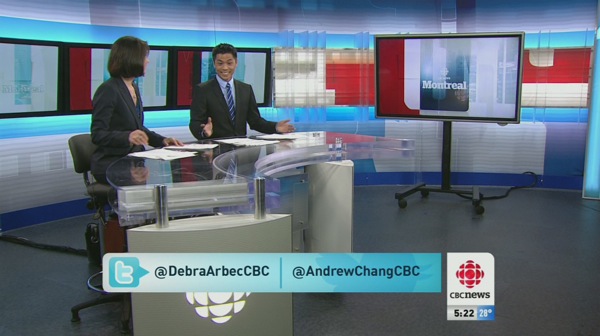 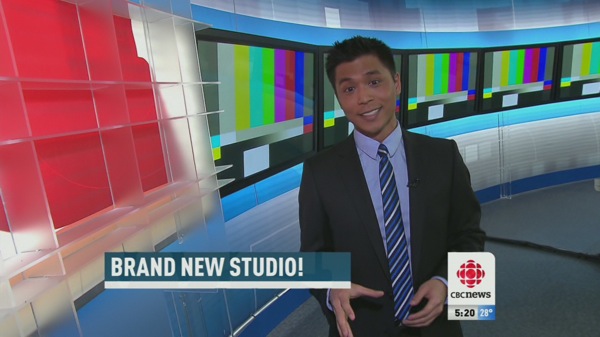 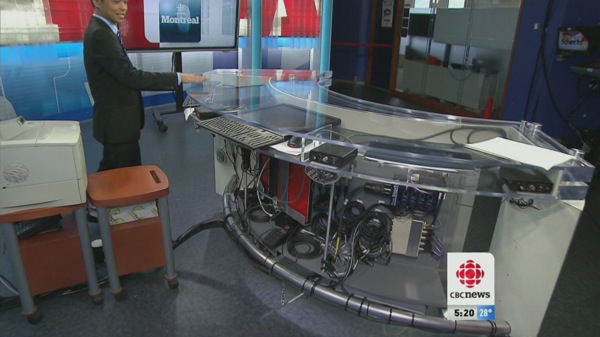 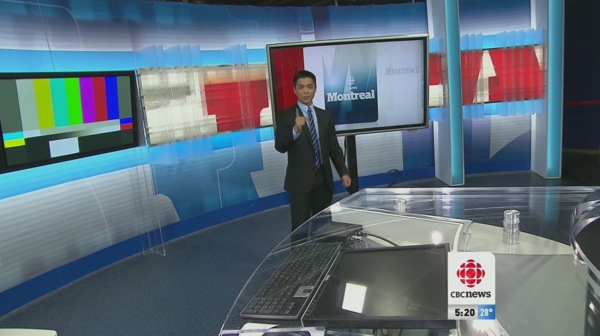 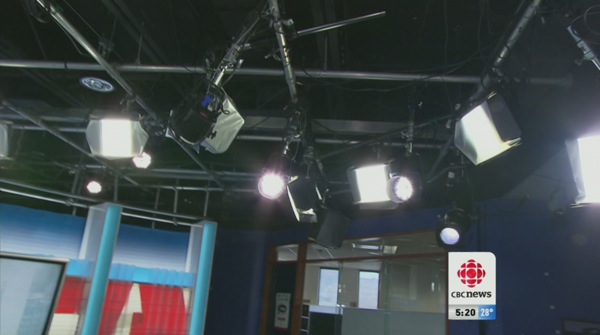 The new LED lights cut down on heat as well as energy usage (as they did when CFCF put them in its new studio last fall).

The big screen off to the side is 70 inches, Chang tells us, and is a touch screen, which will allow them to tell stories in a more dynamic way, particularly during something like an election night.

Behind the desk are five flat screens. So far they’re just showing animated background graphics, but video can be sent to them if the story calls for it. I’m not sure if they’ll be much journalistic use, but at least there are only five of them.

Like CFCF’s set, the new desk, which was built in-house, features a transparent top and monitors and keyboards underneath, so you don’t have laptops on the desk anymore.

Despite how great the new set looks, the late-night newscast is still done from the newsroom studio with a virtual set in the background.

I asked CBC Montreal News Director Mary-Jo Barr about the cost of this set redressing, particularly in light of recently announced cuts to the CBC (the decision to redo the set was made well before the budget was tabled, but the CBC knew the cuts were coming for a while). Barr explained that the money came out of the budget of the fiscal year that just ended, and though she couldn’t say exactly how much it cost, she said it wasn’t that expensive.

The old set was getting old, and its biggest problem was the giant desk that seemed to dwarf the anchors and make it impossible to move around. (I could make a joke about how the new smaller desk is there mainly because CBC Montreal’s anchors are smaller than average, but I’ve run out of my year’s supply of Andrew-Chang-is-short jokes.) With the desk miniaturized, it’s more airy, Barr said.

I’ll leave the judgments to the reader: Did the set need redoing? Was this expense, whatever it was in dollar terms, worth it? And do you feel like you’re more likely to watch now?

4 thoughts on “CBC Montreal has a new set”