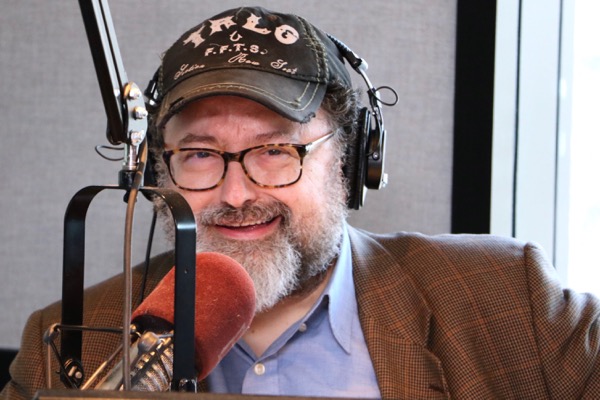 Tommy Schnurmacher, host of CJAD’s Gang of Four and a fixture on Montreal’s English-language talk radio scene for decades, announced today he’s hanging up his headphones for good. His last show will be Dec. 13:

Schnurmacher told listeners he will travel more and finish a novel, although he promises to continue to share the opinions that have earned him popularity and created debate: “I may be saying goodbye to daily radio deadlines but I have a sneaking suspicion that I will not be able to keep myself from holding court from time to time whether that’s on-air, off-air or on Twitter”.

(A video of Schnurmacher’s on-air announcement is posted on CJAD’s website.)

CJAD will replace his noon-hour show by moving the Natasha Hall show up to noon and adding a second hour to the nationally broadcast Evan Solomon Show from 2-4pm.

The move comes as Bell Media is in the process of cutting staff across the country (and some of them are billing their departures as retirements). I’m told that Schnurmacher’s leaving of his own accord here.

But it was only a year and a half ago that Schnurmacher said retirement wasn’t on the horizon. “No. I love doing this. I love the work, I don’t foresee retirement any time soon,” he told me in May 2016. In November, he cut down his hours at CJAD, leaving his late-morning show to Leslie Roberts and keeping just the Gang of Four part, which went an hour long at noon. In his on-air announcement, he said he has discovered in the past year that he enjoys travelling even more than he thought, and he wants to do more of it.

Schnurmacher’s final show will be a special broadcast in front of a live audience, with tickets being given out to CJAD listeners.